Maskless men blocked Piešťany supermarket. One ended up in custody

The defence minister claims the perpetrators are former soldiers and their activities are organised. 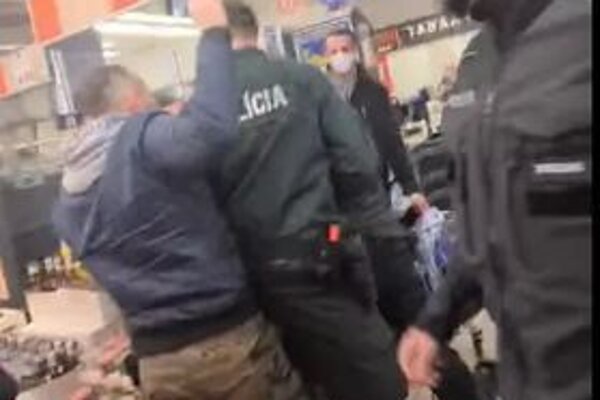 A group of maskless men blocked shoppers in two supermarkets, including one in Prievidza. At the end of October, they blocked one shop in Prievidza (Trenčín Region) for three hours and police powerlessly watched it.

When maskless people wanted to do the same last week in Piešťany (Trnava Region), police were prepared, intervening when they refused to put on their masks and cooperate with the police.

The spokesperson of the Trnava police Zlatica Antalová said that the police repeatedly called on members of this group to cover their airways or leave the shop to allow other customers to finish their shopping in peace.

These men refused to cooperate and the conflict became physical when the police were forced to use coercive tools.

Two police officers and one protesting man were injured. They were all treated in hospital. Together, the police arrested three people and one was taken into custody. The remaining two people will be prosecuted at large. If they are found guilty, they could be imprisoned for one to five years.