Its pivoting joint meant it was nicknamed the “accordion” bus. 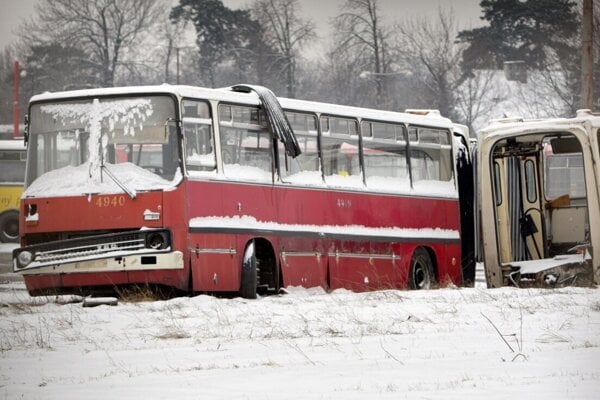 Dopravný Podnik Bratislava (DPB), the capital’s public transport operator, plans to renovate its last, historic Ikarus 280.08 bus. It was delivered to the company in 1987 and operated on the streets of the capital until 2003. This iconic bus was a common sight in the capital from the 1970s through to the early 2000s.

DPB estimates that renovation will cost €92,800 without VAT. It is already looking, via a tender, for a company that can provide a complete restoration.

“This is the last preserved original Bratislava vehicle out of the total number of 761 buses that were delivered to Bratislava between 1974 and 1991,” states the website imhd.sk, which is dedicated to public transport in the capital.

The Ikarus 280.08 is a "bendy bus" made of two rigid sections linked by a pivoting joint and a concertina sleeve. Inevitably, it became known as the “accordion” bus.

This particular example was parked up at DPB's Jurajov Dvor depot for several years, where its condition deteriorated. Between 2011 and 2017, it was moved to the hall of the Krasňany depot. Following the abolition of the historic vehicles depository in Krasňany, it was returned to Jurajov Dvor where it has been awaiting renovation.