The answers given by the respondents of a recent poll differ based on their attitude to NATO membership. 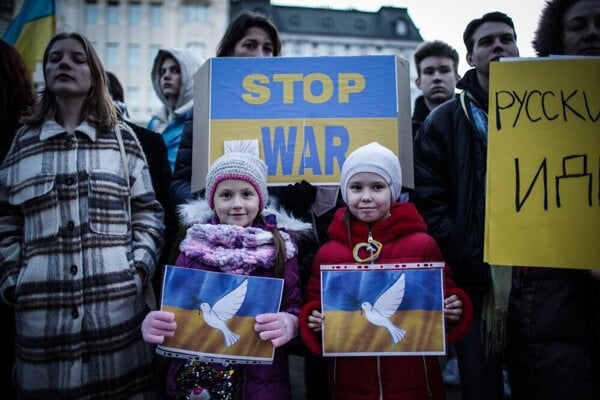 Protest against the war and in support of Ukraine in Bratislava. (Source: Sme)
Font size:A-|A+  Comments disabled

Most people in Slovakia are satisfied with the official response of their country to the war in Ukraine.

As many as 78.2 percent approve of the official Slovak reaction that condemned the Russian attack on Ukraine, as stems from an online poll titled How are You, Slovakia?, carried out between February 25 and March 1 on 1,000 respondents. 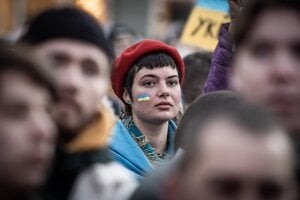 Most Slovaks blame Russia for the war (poll) Read more

Humanitarian aid received the most supportive response, with 77.8 percent picking this option. Up to 74.6 percent of respondents support the decision to accept refugees from the war-stricken territories.

More respondents support than disapprove of the ban on circulating Russian propaganda about the war in Ukraine, as well as the introduction of tougher sanctions against Russia, the restrictions on issuing visas to Russian citizens and their presence in Slovakia.

On the other hand, the supply of weapons and military technology to the Ukrainian army, the interruption of diplomatic relations with Russia and the decision to prevent Russian athletes from attending top sport events enjoys lower support. 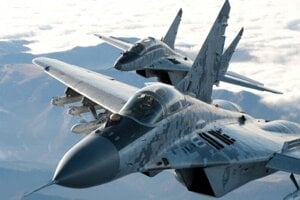 Slovakia won't give its fighter jets to Ukraine, but may ground them earlier than planned Read more

The answers of the respondents differ significantly based on their attitude towards Slovakia’s membership in NATO, TASR wrote.

The authors of the poll are the Slovak Academy of Sciences (SAV), the MNFORCE polling agency, and the Seesame communication agency.