Slovakia will not recognise the annexation of Ukraine's occupied territories 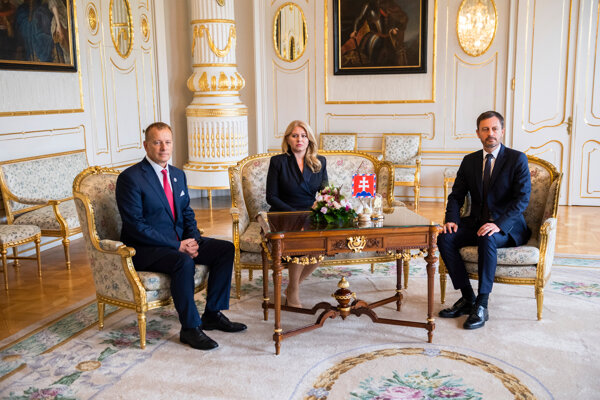 Slovakia will not recognise the annexation of any of Ukraine's territory currently occupied by Russia. The top constitutional officials in Bratislava issued a joint statement fully supporting Ukraine and its territorial integrity.

The full text of their statement is as follows:

"We strongly condemn the attempt of the Russian Federation to annex parts of Ukraine's territory illegally. These areas were forcibly taken from Ukraine by Russian military aggression, which so grossly violated the UN Charter, and every basic principle of international law, and caused enormous human and material damage.

"The results of the pseudo-referendums that the Russian Federation organised at gunpoint in the occupied territory have no valid legal effect. They are just an illegitimate attempt to cover up an act of aggression and cannot be accepted.

"In this way, Moscow is undermining efforts to achieve peace, purposefully escalating the situation and trying to intimidate and discourage the international community from further supporting Ukraine in its just struggle to defend itself. If Slovakia were to accept these actions, we would deny the basic principles that our own sovereignty and territorial integrity are based on.

"We emphasise that the Slovak Republic recognises Ukraine as an independent and sovereign state, a candidate for membership in the European Union, whose territorial integrity within internationally recognised borders must not be questioned."