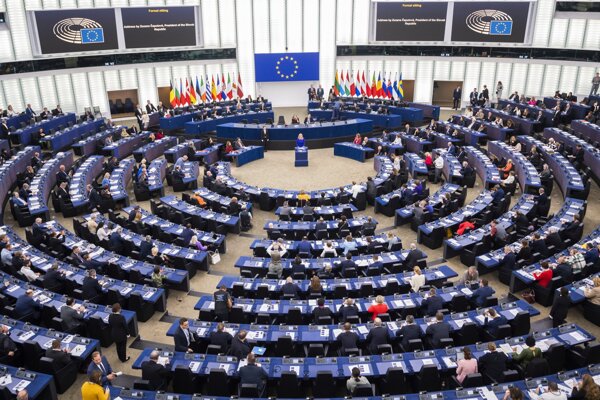 The European Parliament (EP) has called on the Slovak government to take a "clear step" to protect LGBT+ people from hate crimes and stop their rights being violated following the murder of two LGBT+ people in Bratislava.

In a resolution supported by 447 MEPs, the parliament condemned hatred and violence against "persons based on their gender, sexual orientation, gender identity or expression, and sexual characteristics in Slovakia and in the EU", and described the killings as a "cowardly terrorist act" motivated by far-right ideology.

The MEPs also called on the Slovak government to show "real determination to make a clear step forward in the protection of LGBT+ people" and to take a decisive stance against violations of their human rights.

The resolution comes after a 19-year-old Bratislava grammar school student targeted and shot dead two young people outside Tepláreň, one of Bratislava’s two LGBT+ bars, on the evening of October 12.

Another customer, a woman, was also injured in the shooting, which was later reclassified as terrorism.

The murders shocked Slovak society and were followed by massive protests, with an estimated 15,000-20,000 people attending a march in the capital to condemn hate against the LGBT+ community in Slovakia. 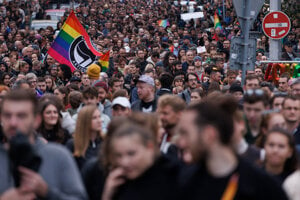 Related article Years of LGBT+ intolerance in Slovakia culminate in two killings Read more
You have just exceeded the number of devices allowed.
Your active subscription only allows a limited number of browsers to access locked content.
To continue reading this article on this device/browser, please edit the list of registered devices in your profile settings here:
manage devices
You can read all about device management here.