The building has been dubbed the ‘mini-Pompidou Centre’. 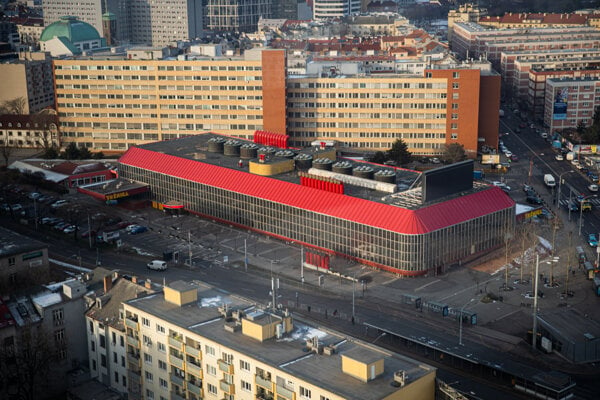 The Monuments Board of the Slovak Republic has granted the market hall building at Trnavské Mýto Square in Bratislava the status of national cultural monument. The authority described the so-called New Market Hall ('Nová Tržnica') – sometimes dubbed the ‘mini-Pompidou Centre’, given its passing resemblance to the eponymous Paris cultural complex – as a unique public space with an exceptional architectural concept reflecting the primary intention of building a structure that would represent the prototype of a market space at the end of the 20th century. The hall opened in 1983.

“The architect designed a progressive construction system that gave the building a unique expression,” the board wrote in its decision.

After World War II, the old Bratislava city market hall, in what is now Velvet Revolution Square, lost its original function and for many years served as studios for Slovak Television. As a result, a decision was made to build a new hall, which architect Ivan Matušík conceived as a ‘container’ in the spirit of the machine aesthetic, the Slovak arm of the DOCOMOMO organisation (Documentation and Conservation of Buildings, Sites and Neighbourhoods of the Modern Movement), wrote on its website.

Its structure consists of a solid ferroconcrete skeleton, inside which are inserted two blocks of sales and service areas, on both the ground and upper floors. Entrance staircases are located at both ends of the building. The exterior cladding, also of technological appearance, is a glass curtain wall. The basement originally contained a large supermarket; the main areas are reserved for individual stands for vegetables, fruit, and various other items.