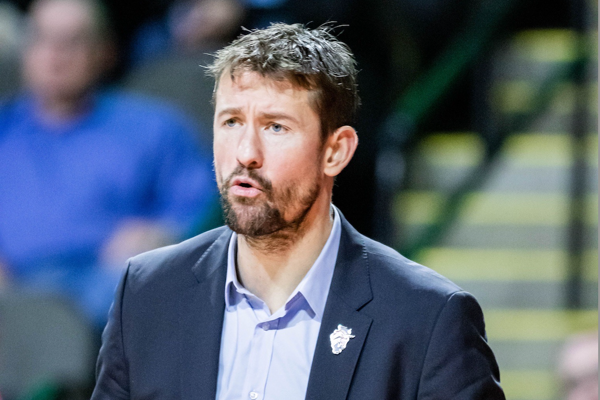 This is his fifth season with the legendary basketball team that holds six NBA titles, taking pride in it being Michael Jordan's team. Currently assistant coach with the Chicago Bulls, Martin Rančík came to the US as a high-school student.

Rančík progressed from assistant video coach for the Chicago Bulls, to assistant coach in its lower NBA G-League team the Windy City Bulls. Soon after he was called back by Chicago Bulls’ coach Billy Donovan. Today, Rančík shares responsibility for preparing the team for matches with other coaches. He thus readies the team for one out of five matches among the season's overall 82 matches.

“I’m responsible for the team’s preparing against our opponents: what's the opposing team’s strategy, how to prepare for it in our defense, who will defend who, what sort of signals they will use, how will they play defence in different situations.”

Besides, every assistant coach is responsible for the individual development of two to three players from the team. Rančík is glad to try out bolder developing strategies, since his élèves are younger players. With the handy help of video recordings from games, they can better their techniques and physical stamina even off the court. They’re still going through a phase where they are playing less often and Rančík wishes for them to be ready for their life’s opportunity, when called in to the game to replace an injured player, for example. 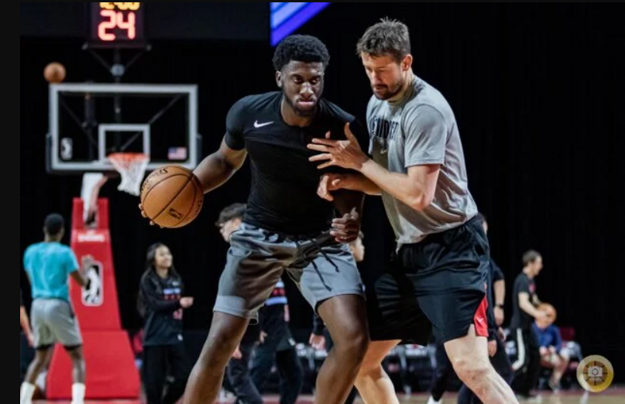 If a coach fails to secure the team's performance, another one will replace him. However, the Bulls culture includes love, care, and togetherness within the team as its key aspects, says Rančík. Otherwise, it would not be possible to create something unique at such a high level.

“I'm working for hours on end. Dedication and work ethic is a given. Without it, one cannot keep up at this level," he says modestly.

“I’m from a crazy sporty family,” says Rančík with a smile. His father was on the national handball team, while his mother was a basketball player. His brother has had a successful professional career in basketball, including on the Slovak national team. When his son fell in love with basketball, he felt it was a happy blessing.

Rančík has lived abroad since 16. His parents sent him for two years to a high school in Minneapolis in 1995, to learn English and play basketball. The language barrier was an issue at the start, remembers Rančík. He used to carry a dictionary around in school while trying to communicate the best he could.

Two years turned into six after he earned a sports scholarship. Then, 15 years of a professional career in Europe followed. The moment the NBA G-League announced a pandemic break, he reached out to his American mother Ginny, which took care of him during his school years in Minneapolis. She laughed - come on, your room is ready. He stayed with her for the better part of the year.

The right time, the right place

Rančík had always been intrigued by training. He first tried it when his son started playing basketball. Now he admits that his son did not have it easy with him, and he does not recommend that parents coach their own kids.

As a greenhorn coach, he turned to his university team’s assistant coach Gar Forman, who at that time was serving as the general manager for the Chicago Bulls. “There’s a saying that one needs to be at the right place at the right time. When he texted me back that they currently had one open position, I jumped right in.”

The core tenet in choosing a coach is their professional experience and skill. Yet their character also needs to cohere with the rest of the team. “We spend more time with each other than with our own families during the season, so it is crucial for us to have something in common outside basketball, we need to understand and rely on one another.” 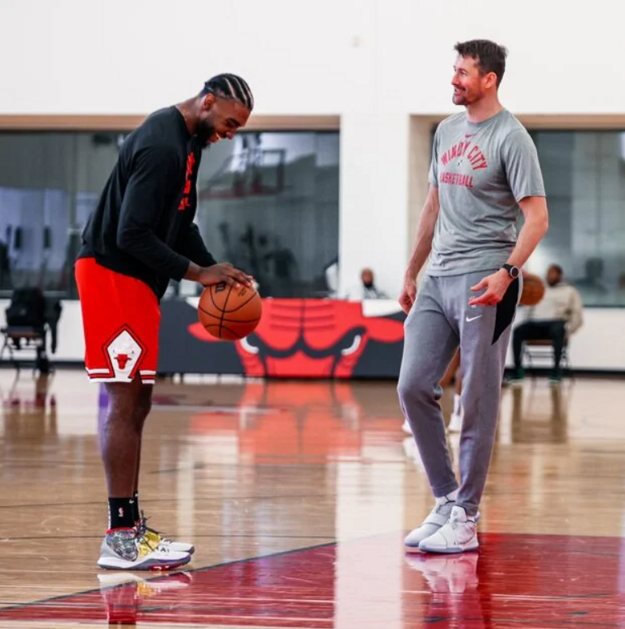 The coach’s main mission is to help players achieve positive results, and to approach each one individually with the knowledge that the career of a professional basketball player is relatively short. The lucky ones play for up to 18 years, but others may only be professionally efficient for five to six years. "It can be very frustrating at times, but if it works out, being a coach is very rewarding."

Rančík, today an assistant coach for one of the best teams in the world, advises younger players to follow their dreams. He has walked his own path of personal growth.

He used to be very competitive as a young player. Even though he loves basketball, he admits that there are instances when he failed as the team leader. “I wasn’t always the best co-player, I was often riled up with conflicts. In certain phases I failed at my personal life, which has forced me to stop and think about how to be a better human, a better father for my children and now a better coach, too.

He saw what team power means as a professional player in the Italian league, where he won his only title. There were 12 top players on the team back then. Once he started to play more for the team, even though his individual score went down, when the team won the title, all the players got the opportunity to sign lucrative contracts. "Now I would like to be a part of something bigger, rather than play just for myself."

Meetings with the main coach, Billy Donovan, are Rančík's favourite part of the working day, mainly due to the style of communication. Differing opinions are not a problem and disagreement is not taken personally. It is because everyone focuses on the higher aim - improving the team. "We are all in it together."

People are often in awe when they hear that he works for Chicago Bulls. Yet the biggest compliment he could ever receive is when his friends, seeing him after a long time, tell him that he’s still the same Maťo who has not changed at all.

“I’m incredibly lucky that I’m able to do what fulfills me. They say that one’s work should be a hobby and it might be a cliché, but it’s very true. My work is my hobby and basketball is the love of my life.”

The author co-leads the Slovak Professionals in New York group.
This article was created thanks to support from a grant from the Foreign Affairs and European Affairs Ministry of the Slovak Republic.