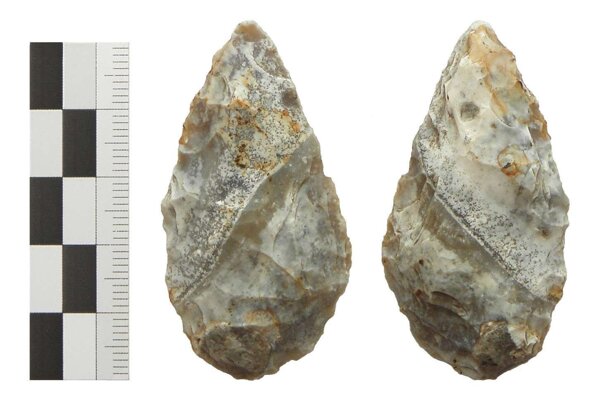 Preservationists of the Regional Monuments Board in Trnava are excited about a precious archaeological find. The find is a stone spear point, the age of which Slovak Paleolithic experts determined to be approximately 40,000 to 50,000 years old.

The point has a leaf shape, with a length of 5.2 cm, width 2.7 cm and maximum thickness 1 cm, the Regional Monuments Board in Trnava announced. It is fully worked on both sides. Considering the age, it is interesting that the point has a weak patina, but artifacts this old with a weak patina are known. The artifact is made by chipping (shaping/working a stone fragment with a hammer) from flint (sedimentary rock) probably of Nordic origin.

The stone points of the spears were inserted into a wooden stick, and the joint could be reinforced with a natural adhesive and organic fiber. At that time, the spear was used for hunting game and as a weapon. 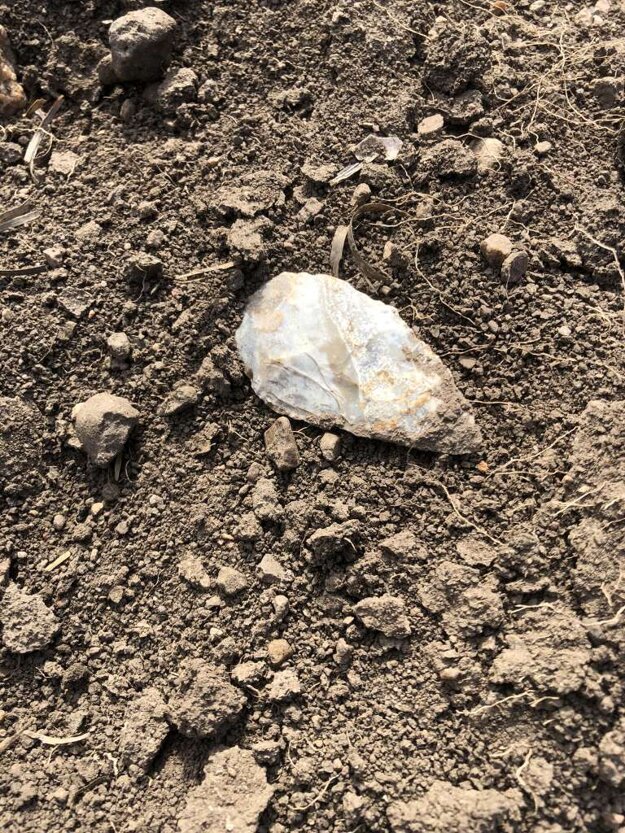 The find was found by a local while walking in a field near a watercourse near a village in the Trnava district. In the vicinity of the discovery site, settlement archeological findings from several younger periods of prehistory and the Middle Ages were found, which proves that this location was a suitable place for people to stay in different eras. A more detailed field research would find out whether the site was inhabited by people in the Paleolithic as well. So far, the point is considered only a rare find from the Paleolithic and may be related to the hunting of animals moving to the water source.

The find will be transferred to the museum after the report on the accidental archaeological find has been drawn up.

The point is not the only remarkable find from the Paleolithic in the territory of the Trnava Region in recent times. In 2020 and 2021, a Paleolithic settlement was discovered during rescue archaeological research at a construction site in Banka. 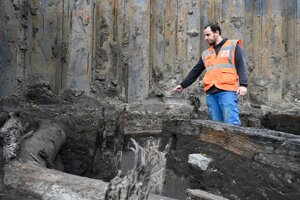