"WILL We Leave?" The question stands over a large, black and white photograph of a boat at a recently opened exhibition at the Slovak National Museum in Bratislava. The title is a unifying theme for the three stories currently being told there by Jewish refugees who tried to escape the Nazis.
An exhibition and a film capture two different refugee tales in The Danube Stories, and another exhibition narrates the emigration journey of renowned Austrian-Jewish writer Stefan Zweig 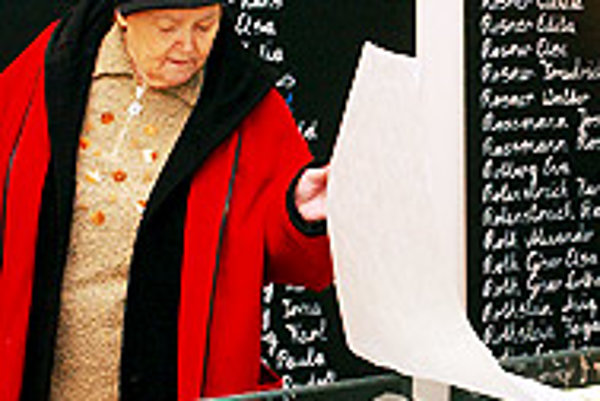 Font size:A-|A+  Comments disabled
"WILL We Leave?" The question stands over a large, black and white photograph of a boat at a recently opened exhibition at the Slovak National Museum in Bratislava. The title is a unifying theme for the three stories currently being told there by Jewish refugees who tried to escape the Nazis.

An exhibition and a film capture two different refugee tales in The Danube Stories, and another exhibition narrates the emigration journey of renowned Austrian-Jewish writer Stefan Zweig. This three-part project was prepared by the Jewish museum in Vienna, the culture department of the city of Salzburg, the Austrian Culture Forum in Bratislava, and the Slovak Jewish Culture Museum.

The project will run until April 29. Since its opening on March 26, the exhibition has attracted a wide variety of visitors, including young people, which has pleased the organisers.

"It is important that young people visit such exhibitions because they show a chapter of their history about which nothing is known," said Pavol Mešťan, director of the Jewish Culture Museum.

"It tells about Jews who tried to save their lives by taking boats from Bratislava. The fates of these people obviously differ - some reached their goal, some died. But what is important about this project is that, when talking about concentration camps, it has always been said that the Jews went there like 'sheep to a slaughterhouse'; meanwhile, [these exhibitions] point to the fact that Jews, fearing what would happen, tried to find ways to save themselves [beforehand].

"Above all, though, we wanted to show the problem and threat of fascism," Mešťan added. The first exhibition, Kladovo: Escape to Palestine, documents the journey of around a thousand Jews, mostly from within the Third Reich, who boarded a boat in Bratislava in December 1939 and headed to Palestine. No more than 280 survived. One of those who did, Ehud Nahir, captured the dramatic circumstances of the journey in hundreds of photographs, which he managed to smuggle past Nazi controls.

Arranged in enlarged double pages, as if torn from a big album and laid out on tables, they depict the fate of one of the last boats to carry Jews from the Bratislava harbour. After two weeks of sailing down the Danube the group had to stop at the Serbian town of Kladovo, as the river started to freeze. But even after the weather changed, the passengers were prevented from leaving the harbour, where they fought disease and malnutrition. They remained trapped in the town until April 1941, when the Nazis attacked Yugoslavia and murdered them without exception. Only around 200 adolescents, granted the necessary documents, managed escape to Palestine a few days before the attack.

Panels naming those who died, as well as those who survived the transport, line the walls of the room. A film by Alise Douer features interviews with the survivors.

The second exhibition tells the story of a different emigrant, also a victim of the anti-Semitic policy: world-renowned poet and novelist Stefan Zweig. Driven by the desire to be saved, he began his emigration journey in 1934, five years before the first boat left Bratislava shores and four years before the German-Austrian unity (Anschluss) took place.

Through his books, notes, and photographs, as well as news clippings and listening stations (in German only), visitors get to gradually learn what led him and his wife to commit suicide in 1942, after they came to Brazil. Living by humanist principles, he simply could no longer stand seeing his books burnt and being unable to return to his beloved country.

"His story is only one taken from the whole pool of refugees' fates. It is an example of what fascism did, what genocide brought," Mešťan said.

The documentary film The Danube's Exodus, made by Hungarian director Péter Forgács and musician Tibor Szemzö using footage from amateur cinematographers, accompanies the project. In 60 minutes the film, "written by war", portrays two "escapes in adverse directions, caused by the decisions of the superpowers".

As Mešťan said: "Horror is horror regardless of whether the people are Jews, Germans, or world-famous writers, like Zweig."