A tricky shot from the rough

GOLF in Slovakia has a very weak tradition. Slovakia has several quality golf courses and several projects to develop new golf resorts are currently in the pipeline. However, it could be a very long time yet before the country makes its mark on the map of popular European golfing destinations. 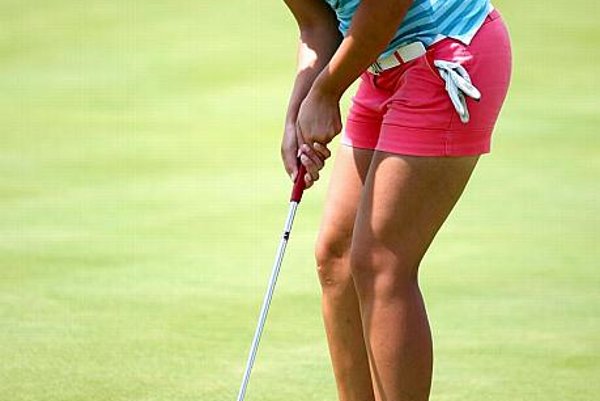 Easy does it: golfing is still a minority sport in Slovakia (Source: Courtesy of Golf International)
Font size:A-|A+

GOLF in Slovakia has a very weak tradition. Slovakia has several quality golf courses and several projects to develop new golf resorts are currently in the pipeline. However, it could be a very long time yet before the country makes its mark on the map of popular European golfing destinations.

Golf courses are an expensive investment and Slovak developers do not have much experience of their construction or maintenance. While in many countries golf might almost be classed as a family sport, it suffers from a rather snobbish public image in Slovakia. Of Slovakia’s 5 million-plus people, currently only about 5,000 are registered golfers.

Insiders say that Slovakia has strong potential to change the attitude of Slovaks to golf as well as to speed up and improve the development of resorts.

The Slovak Golf Association and individual clubs are making an effort to increase awareness of the sport and many new golf projects are participating with renowned foreign designers.

“The problem however, does not stem from a lack of interest among players of the game but rather out of investors who are not able to keep up with the pace of demand because of various barriers,” said Peter Borák, a partner in consultancy firm KPMG, who works in the travel, leisure and tourism area. “Given the current trend of increasing numbers of players, we see room for several golf projects. Maybe even five times more than are currently on offer.”

In terms of the country’s potential - specifically, the natural environment, scenery, water sources and climate - Slovakia is in an excellent position to develop golfing sites, insiders agree. The weather enables play on summer greens from March to November, or in northern regions from April to October, said Sylvia Hrušková, general director of Golf International, which operates what is currently Slovakia’s largest, 27-hole, golf course at the Black Stork Resort in Veľká Lomnica. However, there are many obstacles still to overcome.

Doug Carrick is an experienced golf course designer who has worked on many projects in Canada and the USA, as well as the Fontana golf course in Vienna. He will design the proposed Royal Golf Resort in Veľký Biel, with three 9-hole courses.

He said that the traditional obstacles to developing new golf courses in most countries are the financial capabilities of the various developers and lenders, and resistance encountered from planning authorities during the planning approval process.

In Slovakia, apart from their lack of experience developing and operating golf resorts, developers face the same challenges.

“Enough suitable land in an attractive environment and good accessibility is perhaps the largest and most basic problem,” added Borák.

Land ownership is often scattered among large number of owners compared to, for example, the Czech Republic, where golf resort development is much further advanced. Then there are difficulties acquiring all the licenses for construction, according to Borák.

“Another problem, though less serious, is a lack of qualified workers to maintain and operate the golf courses,” said Hrušková of the Black Stork Resort.

Design and services fulfilling all European standards are also a very important requirement for a successful golf project. All components of a golf resort must create synergy and thus fulfil the needs of local golfers and tourists. The more varied the components a resort offers, the more tourists it lures, according to KPMG.

“I believe that high quality golf courses need to have a good balance of challenge, playability, aesthetic value and must be interesting and fun to play for golfers of all abilities,” said Carrick. “Course conditioning and service standards must also be high in order to complete successfully with the best courses in Europe.”

Location is also an important factor in the success and price structure of new golf course developments. Having good access and close proximity to a major city or community is a strong advantage.

As a counterbalance to high investment costs the presence of a golf course or resort positively influences the attractiveness and the price of real estate in its vicinity.

“Golf resorts are perceived as nice, quiet, safe places with a good standard of services for living or for holidays,” said Borák.

It has been proven over many years that well-designed and well-managed golf courses add great value to a community and to the real estate values surrounding the course, according to Carrick. It has also been proven that well-designed golf communities tend to sell out faster than other more traditional types of residential development.

“The higher the quality of the course and its reputation, the higher the real estate values will be surrounding the course,” Carrick told The Slovak Spectator.

All the 18-hole courses are comparable to European standards, said Borák.


As for the number of registered players and golf courses, the Czech Republic is definitely the leader among the Visegrad Four countries. Hungary and Poland are not much different to Slovakia, according to KPMG.

In the Czech Republic, there are more than 35,000 players and 74 courses, which is about eight times more than in Slovakia. Hungary, although it has about the same number of golf courses as Slovakia, has half as many players. Poland, on the other hand, has 24 golf courses but fewer than 2,000 registered players.

She thinks that golf does not deserve to be considered a sport just for the rich. She said the costs of playing golf are comparable to skiing. A new bag with a decent half-set of clubs, which is enough for recreational golf, can cost around Sk10,000 (€332). Although the joining fee for a golf club might be between €4,600 and €6,700 it is not necessary to join in order to play. There are various packages and cards and in some resorts a player might play from spring to autumn for a fee of around Sk15,000 (€500).

“I believe that golf in Slovakia is relatively new compared to many other countries in Europe,” said Carrick. “It is also a very exciting time for Slovakia, with many new golf course projects being developed and proposed...I believe that golf has great potential in Slovakia with so many beautiful landscapes and locations to work with.”