SEVENTY years ago, on June 16, 1944, the US Air Force bombed 80 percent of the Apollo refinery in Bratislava, claiming the lives of 176 locals. 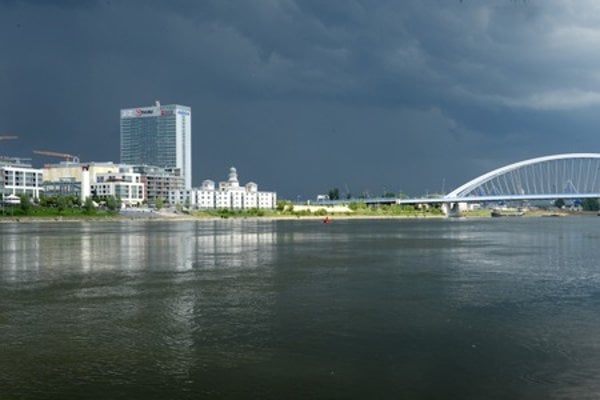 The Apollo bridge, located close to where the refinery used to stand. (Source: TASR)
Font size:A-|A+0

SEVENTY years ago, on June 16, 1944, the US Air Force bombed 80 percent of the Apollo refinery in Bratislava, claiming the lives of 176 locals.

Apollo was a joint-stock company, which in 1896 launched the operation of the Apollo refinery, popularly called Apolka, where mineral oils were refined and petrol, kerosene, paraffin, candles, Vaseline, tar and even artificial ice were produced. During the Second World War, Slovakia’s official ally, Nazi Germany, controlled the production, and the refining of diesel fuel and oil was modernised to produce fuels for the German army.

The refinery on the Danube’s left bank was attacked by US bombers in several waves on June 16. Numerous employees of the Apollo facility died, as air raid shelters failed to protect them from the burning oil. The city’s inhabitants were also among the fatalities, as bombs targeted residential areas of Bratislava. To commemorate the victims, Bratislava’s fifth bridge, finished in 2005 near the original site, was named Apollo.

The air raid’s success was in part due to a female industrial spy from inside Apollo, as Slavo Kalný writes in the book Bombardovanie Apolky (The Bombing of Apolka).

In 1946, the remains of the Apollo factory were nationalised, i.e. confiscated by the state, and incorporated into the national enterprise Slovak Refineries of Mineral Oils, which was renamed in 1949 to Slovnaft, a national enterprise. The refinery operated there until 1963, when it was moved to a new location on the city’s outskirts, Vlčie Hrdlo, the TASR newswire wrote.

In May 2005, an exhibition took place in Bratislava’s Primate’s Palace, showing the fate of the Apollo refinery from the founding charter until the tragic events of June 1944.