RegioJet: Ministry agrees with us; governors and mayor should go

THE TRANSPORT, Construction and Regional Development Ministry has confirmed that the Bratislava and Nitra regional authorities violated the law by refusing to issue a licence to private carrier RegioJet. 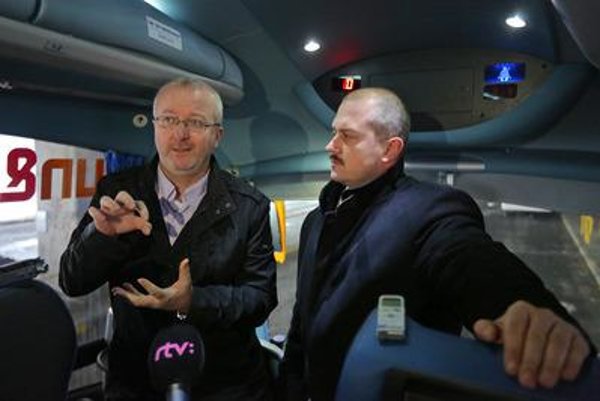 “We view it as a huge victory that the Transport Ministry has acknowledged our complaint 100 percent,” Jančura added, as quoted by the TASR newswire, at a press conference on February 10.

RegioJet turned to the Transport Ministry with a complaint after Bratislava Region headed by governor Pavol Frešo in late 2014 refused to provide a licence to RegioJet, pointing to the disagreement of the Nitra regional authorities headed by governor Milan Belica and the Nitra local authorities headed by mayor Jozef Dvonč. Belica and Dvonc claimed that it was not possible to let further buses use Nitra bus station during upcoming two-year reconstruction works.

Jančura then placed billboards in these two regions, accusing Frešo, Belica and Dvonč of corruption. RegioJet was eventually given the licence, nevertheless, thanks to the intervention of Banská Bystrica regional governor Marian Kotleba, and began operating the route as of February 2 with 14 connections daily from Bratislava to Nitra and back, and seven connections from Bratislava to Banská Bystrica and back.

“We’re clear winners in the dispute with governors Belica and Frešo and mayor Dvonč,” Jančura said, according to TASR. “They’ve violated Slovak laws, they’ve obviously acted in a cronyist manner, going against the public interest and the interests of their people. Therefore, I call on them to leave the public arena,” he added, setting a deadline of February 14 for this. If they do not resign, he said that he was ready to use all means available to hold them accountable in political and criminal terms. 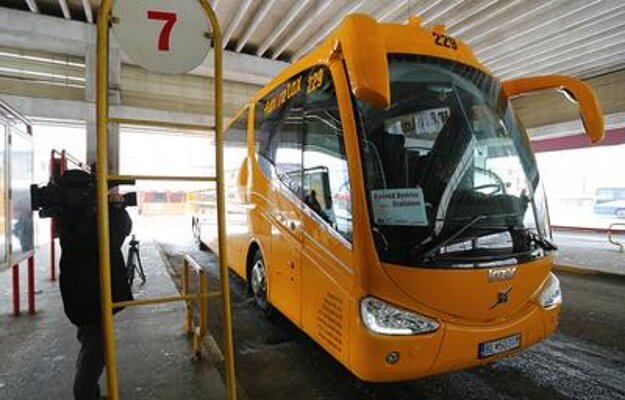 The plenary session of parliament refused on February 10 all three draft amendments to the law on road transport filed by the opposition. The bills were aimed at changing the conditions for issuing licenses to operators of long-distance bus transport, the SITA newswire wrote.

Opposition MP Miroslav Beblavý (independent) proposed that the operator should be entitled to get a license after having fulfilled the set conditions. As the things stand now, self-governing regions may, but are not required to, give the license. The draft bill also wanted to omit the criteria giving the regions and cities the authority to act and rule subjectively.

Independent MP Martin Chren wanted to push through into the law on road transport for the granting of licenses to become automatic – but only for operators who pledge not to ask for subsidy form the regions, cities or state for the operation of the bus line.

That proposal was scrapped by the Smer-dominated parliament as well. The substantial change was aimed at precisely stipulating when the license will not be granted, while in all other cases, operators will be entitled to it.