Many Slovaks still migrate for work

They may be motivated to return. 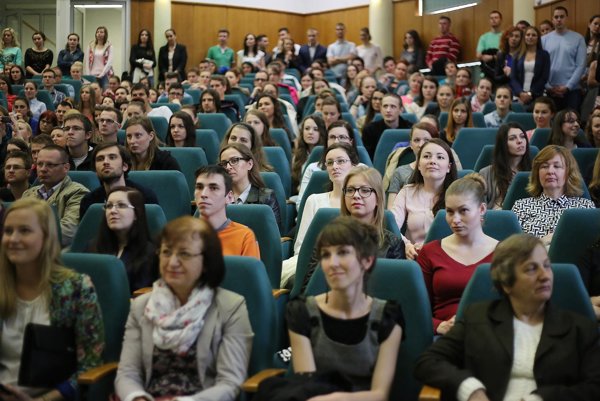 ESTIMATES suggest that nearly 250,000 Slovaks work abroad, which is about twice as many as the official data reveals. Though it is true that Slovaks may be enriched by working abroad, the fact is that the country needs to find ways to motivate them to come back, especially when it comes to top experts, observers agree.

“The realistic [estimate] may be up to 250,000,” Vladimír Baláž, prognosticator with the Slovak Academy of Sciences, wrote in an opinion piece for the Sme daily.

An important factor influencing the decision of Slovaks to work abroad is whether they also studied there, said Michal Páleník of Employment Institute.

“For somebody who studied the past five years in Brno or Prague it is easier to work there than to move to Slovakia,” Páleník told The Slovak Spectator.

The destinations Slovaks are heading to also have changed. By 2007 it was mostly the Czech Republic, followed by the UK, Hungary and Austria. Up to two-thirds were men, 70 percent were aged 25-44 years, 80 percent had secondary education and 15 percent university education, according to Danuša Jurčová of Infostat.

This changed, however, after the beginning of the crisis in 2008 when the number of people going to the Czech Republic, the UK, Hungary and Ireland dropped.

“On the contrary, the number of Slovaks working in Austria has increased significantly, especially thanks to employing carers for the elderly,” Jurčová told The Slovak Spectator.

Austria was top also in 2014, after 39,300 Slovaks went to work there for less than one year. Second was the Czech Republic with 38,000 Slovaks, the statistics show.

Also the financial motivation has changed as the difference between average salaries in Slovakia and, for example, the UK has decreased in past years, according to Páleník. However, working abroad still remains attractive for young people who want to try something new or those who cannot find work in Slovakia “as in many places it is a pure utopia to find a good job”, he added.

The changing trends have reflected also in the demand of people searching for jobs via employment agencies. While in 2004-06 most people went to work in hotel resorts and the industrial sphere in Greece and Cyprus, that interest is now low, according to Lucia Henčelová of Universal Consulting.

Many people wanted to work in the UK as well, peaking between 2006-09, when agencies placed 1,808 people. Over the following two years interest dropped, but is once again increasing. Yet most people search for jobs in Austria, Germany and the Netherlands.

“The reasons are more lucrative salaries than in Slovakia and the proximity to [applicants’] home,” Henčelová told The Slovak Spectator.

The clients of the Concordia Agency are working for cruise ships sailing in Europe, but also overseas. They are employed by companies residing in Switzerland, Germany, Cyprus and the Netherlands, said the agency’s head Linda Hnatová.

“The conditions in the EU changed and migration from Asian countries for lower salaries is increasing especially in western countries, which reduces the possibilities of our people to apply for assistant work,” Hnatová told The Slovak Spectator.

While some 15 years ago it was employment like dishwasher, chambermaid, cook or waiter, now it is middle and upper management, she added.

Henčelová, however, says that their clients are still willing to work in unqualified positions.

It is complicated to get accurate information about work migration abroad. Many people take a job individually and do not report it. Most of them do not report the change to their residency to authorities that they will leave the country for more than 90 days, said Jurčová. In many EU countries though it is obligatory to do so, she added.

In addition, people often do not cancel their permanent residency in Slovakia, though they leave the country indefinitely.

There is also the Labour Force Survey carried out by the Statistics Office based on the united EU methodology, but it only provides information about short-term migration, Jurčová explained.

“The information about work migration and also permanent emigration abroad are undervalued,” she added. This means that we can only estimate how many Slovaks in fact live and work in other countries.

One of the projects aimed at motivating Slovaks to return or connecting the community with Slovakia is the LEAF civic association. Its members try to show university students abroad that Slovakia is interested in them. Together with employers they create opportunities for these people to come back and attend some summer jobs, or an ordinary job in the business sector, state administration or third sector, Michal Kovács told Sme in December 2014.

In 2014 LEAF found jobs for 17 young people, most of whom studied at Oxford or Cambridge.

“We try to send a signal that it is possible to find a meaningful job also in Slovakia,” Kovács said.

Most recently, Education Minister Juraj Draxler introduced a new grant programme which should give one-off subsidies amounting to €10,000 to young experts and €50,000 to experts who have worked abroad for more than 10 years. They would, however, not get the money in one sum.

“After signing an employment agreement the applicant will receive a grant at 50 percent of the amount,” Education Ministry spokesperson Beáta Dupaľová Ksenzsighová told Sme, adding that the experts will receive the rest after one year.

The experts should work mostly for the state administration, at public universities and in the Slovak Academy of Sciences (SAV), according to the proposal. In order to get a grant, they need to work there for at least three years.

Another condition is that only those having second and third university level educations granted by an institution with good placement in international rankings will be able to apply for the grant.

“We need at least some Slovaks to return,” Baláž wrote for Sme. “And to make those who will not at least keep the most possible contact with Slovakia and enrich our culture and economy with ideas brought from their new homes.”

Migration is not a threat

Nevertheless, Slovakia is still missing some kind of official recognition of skills acquired abroad without having a school certificate, Páleník said.

Another way is to make the state return Slovak citizenship to people who lost it or allow them to vote in presidential elections, according to Kovács.

“If we consider them our people it is the least we can do,” he told the Euractiv.sk website.

He mentioned several countries that cooperate with their citizens abroad, like Ireland which hosts summits where the Irish PM meets with businesspeople and opinion leaders. The country also rewards Irish people at influential posts abroad who will bring some interesting investment to the country, as reported by Euractiv.sk.