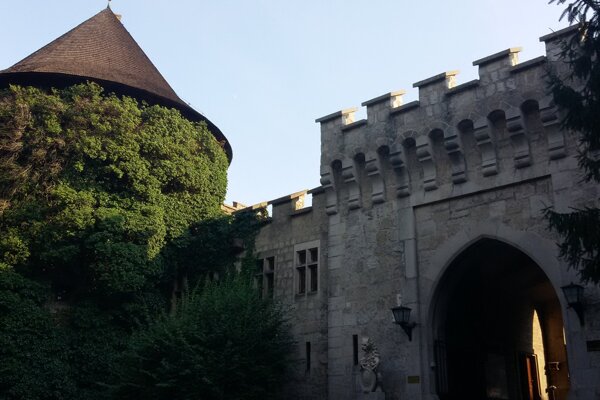 The final bit of commuting bus back to Sološnica. So at exactly four minutes past nine we set off for the other side of the Karpaty. We really believe that this is someone’s idea of a joke. So laughing out loud, off we set. Only later did we realise that the trees on the east side of the Karpaty were the best. Just our luck that we didn’t take the time to appreciate them: fully. Apparently, they were beech. Big.

We discovered a cave today and after 10 minutes of exploring, we didn’t bring the caving equipment, or a torch that actually gave out light as it turned out, we named it The Cave. We are relatively, but not absolutely sure that it’s the only cave in Slovakia. Or at least the only cave on the route. What is was called on the map is of no importance. This was the first of four. But since our torches were shit we didn’t bother.

We saw no-one for most of the day. Except for two guys sitting by a cottage in the middle of nowhere. Following the hikers code, we raced by them without a word. Well, we said hello but they didn’t. Maybe they were dead. But we were on a mission – flying, average speed 3km/h. 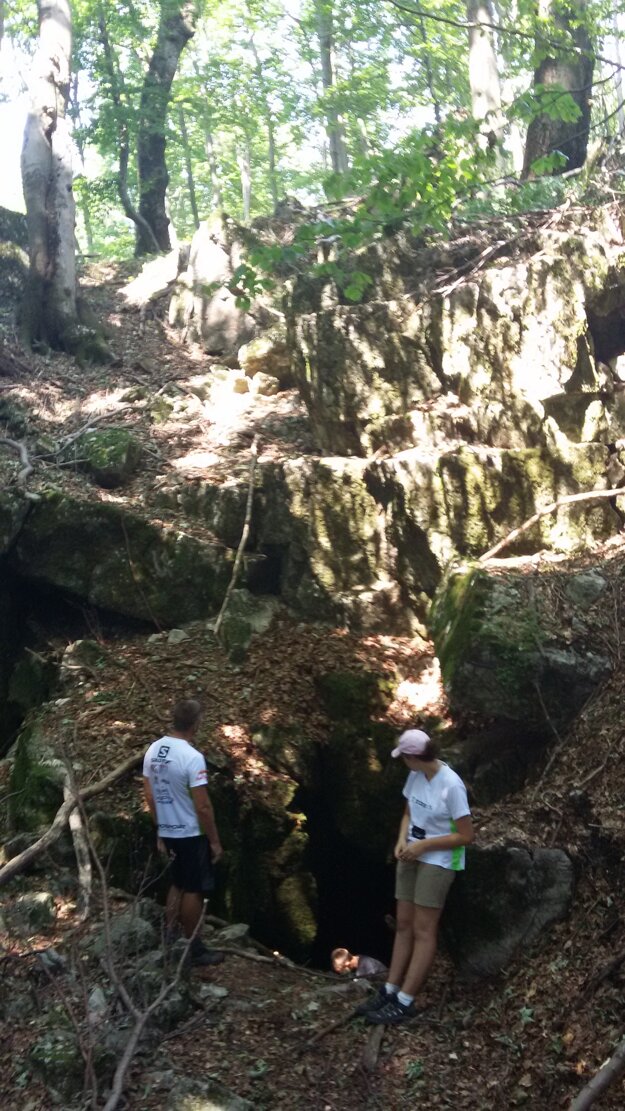 The last bit takes you up and down the highest hills seen on the day. There is a slightly less up and down route but the road takes the high way. If in doubt – up.

Still no bears – drills obviously working. Actually, not much of anything. I know it is hot but the lack of wildlife is astounding. Not only are there no bears in Slovakia but no animals of any sort.

Coming out of the forest we come into the castle gardens. Pretty and well-manicured big too. The castle in all its grandeur stood resolutely protecting the plain below. Closed. Ah well better luck next time.

Down into the village – stop for a quick kofola and a bite to eat. Then off to find the first on route accommodation. We had booked in advance – with promises of a room we wouldn’t believe. And we didn’t – our recommendation is not to stay in the same place we did. Can’t name it for legal reasons but beware the accommodation that offers all of the TV channels that you could possibly want. Back up to the pub for another kofola while the room was re-cleaned. The room smelled, the bedding damp, the bathroom dirty: to a woman. To be honest I didn’t notice. Of course the pub was closed.

Sports bar to the rescue.

If we weren’t so tired, we would have moved – but we survived. And to be frank, we had been smelling quite badly for the past few days – a change was as good as a rest.

General Comment
Still hot and water is still heavy
A cave and Smolenice Castle – the highlight of the day. Closed!
Gerlachovský štít – 2,655 meters the highest mountain in Slovakia. So we have done that already.