Meško: There is nothing I would do completely differently 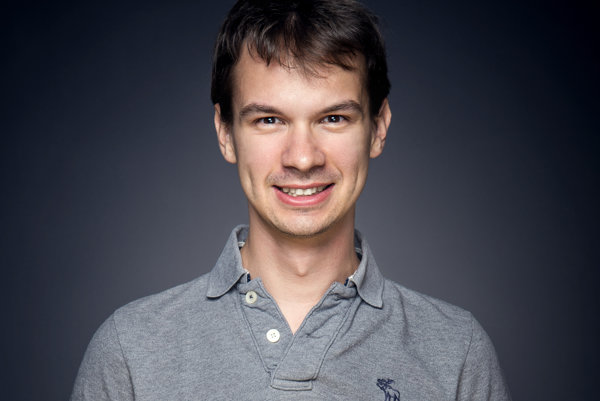 The Slovak Spectator (TSS): You first started your own business as a teenager. What are the advantages of starting so early, and what are the challenges?

Michal Meško (MM): Probably the biggest advantage is that one gets a head-start, meaning one can start and try things out much earlier. There is no baggage about stereotypes or how things should and should not be done, so sometimes [the young entrepreneur] finds an original way. Obviously, sometimes that means they have to laboriously take the way that others have already taken a thousand times. It also depends on the type of school – sometimes there is a lot of time to devote to one’s own ideas and business. One has no family, no mortgage, no commitments, so in case things do not work out well, most of the time one does not risk much and there is enough time to start over, or, alternatively, find out that business is not the right way for him or her.

I think the main challenge was to find balance. A student’s day has just 24 hours too and if you want to run a business and work really hard on your idea, you are not likely to be able to go to a disco every night after school, or make three-month-long trips over the summer. At the same time I think it’s a challenge not to lose yourself in it completely, not to forget to enjoy the student life, and go for that beer with your friends now and then, travel the world, and get something out of school too. For instance I would have regretted it very much if I didn’t go to study at a university in the Netherlands for a semester, which was a great experience in terms of education as well as student life. At that point I had been running my own business for several years.

TSS: What were your beginnings like? What would you have done differently today?

MM: I don’t think there’s anything I would like to do completely differently. All the things, successes and mistakes, contributed to our learning and to our path. Obviously today we see a number of areas where we had worked on a shoestring, in an ineffective, complicated, wrong way. There are decisions we should have made earlier. But that’s part of it, and that is also why we are still able to move on, because if we encounter such a situation again, it is always faster to draw from experience than from some textbook. 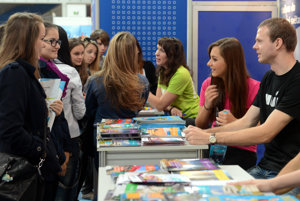 Read also: Youngsters could do well in business Read more

TSS: What is the motivating force for you?

MM: Perhaps the will to keep creating, moving forward, improving things. As early as primary school, my classmates and I were unable to sit still so we came up with a school magazine which I was involved in until I graduated from high school. Then we did the student web referaty.sk, then Martinus came and I like doing it to this day. The older we are, the better we see the things we are still not doing right or that we can still improve. The possibility to go beyond oneself is often the greatest stressor, but also the greatest reward.

TSS: Do you think young people in Slovakia have enough space to develop their own business?

MM: That mostly depends on the concrete person and their will. Entrepreneurship is often about overcoming obstacles. Obviously, one can always find many things that could improve, be more attractive or more modern about the business environment, but at the same time we see here a number of startups and small companies that are able to start and gradually prosper. Paradoxically, the quality of Slovak universities often helps the development of extracurricular activities or business, because many schools are not that demanding and thus give students a lot of free time. That might be nice to help develop entrepreneurial spirit among the young, but I’m sorry about it from the wider perspective of education in Slovakia.

TSS: What would you advise young people, students or fresh graduates who would like to start their own business?

MM: They should not be afraid to take that first step, begin and try it out. The worst-case scenario is they will find out it’s not for them and they will devote perhaps a few months or a few years of their life (and maybe some money). The best case is they can start something that might keep them entertained for the rest of their life.

Michal Meško (33) comes from the central-Slovak town of Martin. He graduated from the management and marketing programme at the Faculty of Management at the Comenius University. He also spent one semester at the University in Groningen in the Netherlands.

He is the co-founder and CEO of Martinus.sk - the largest internet bookstore in Slovakia. He started in 2000 when he co-founded the Referaty.sk - a popular student site in Slovakia.

He also co-founded Foxford coffee shop, Dibuk - the leading e-book distribution platform in Slovakia. In 2011 he was nominated for the Trend Top Manager of the Year award.