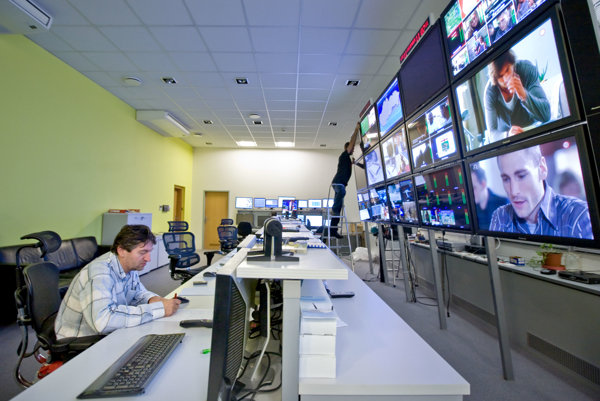 The market for digital services is expected to grow. (Source: SME)
Font size:A-|A+1

The European Union is preparing new rules for the digital market to provide more protection for customers and increase cross-border trade, with the aim of improving conditions for all web users throughout the trading bloc.

The European Commission prepared two proposals meant to protect consumers and also lay down rules on the sales of digital content in 2015. In Slovakia, the civil code does not cover liability for digital content or services.

The law, which is on the agenda for the Slovak EU presidency, should bring greater customer satisfaction, an increase in revenue and also boost digital trade. The EC has also prepared a new definition for digital content that will take into consideration the rapid development of technology.

“It covers all types of digital content, such as downloading and web streaming of movies, cloud services, social media or visual models for 3D print,” Bubla said.

One of the main ideas behind the EU is free movement of goods and services. “The digital single market applies this to the area of IT services,” Filip Hanker, editor-in-chief of Zive.sk, told The Slovak Spectator.

The law aims to introduce unified rules that would be binding for the entrepreneurs offering their services within the European Economic Community (EEC).

“It should facilitate VAT rules, copyright and personal data protection on the internet,” Hanker said.

Some member states have implemented their own rules, but harmonised international laws on digital content were missing.

Traders have experienced extra costs when they wanted to sell abroad. Customers are often doubtful over buying content from other countries, as they could not rely on transparent procedures in case they wanted to refund or change damaged content.

New legislation from the European Parliament should do away with barriers, as the authorities will not have to analyse the legislation in every particular country.

Digital technologies are now integrated into all spheres of the economy and society and they create conditions for innovation, growth and employment.

“On the other hand, they [the technologies] carry many problematic political questions and require coordinated measures at the level of the EU,” said the press department of the office of the Deputy Prime Minister for Investment and Informatisation Peter Pellegrini, pointing out that doing away with these barriers would save the EU an additional €415 billion a year.

The office considers digitalisation will be needed in all areas if the EU wants to maintain competitiveness, a strong industrial base and if it wants to cope with the transfer to intelligent management of industry and services.

Potential costs for suppliers of digital content should be visible only during the initial phase of implementing the rules, according to the Justice Ministry. Bubla argues that these will be balanced by profits from the cross-border sales of digital content.

The law will increase competitiveness on the market as there will be wider range of goods and services from abroad, he added.

It is estimated that where a single market exists, 57 percent of companies launch cross-border trade, according to Hanker.

“In essence, it [the market] reacted to the practice in the United States, where the individual states act as a whole, but European countries act more absolutely,” he added.

Net neutrality seeks equal access for everyone, regardless of the type and speed of connection or the source of the streamed content. It prevents discrimination between customers according to the speed of their connection.