Dušan Kováčik said he may leave his funtion before the official expiration of his term. 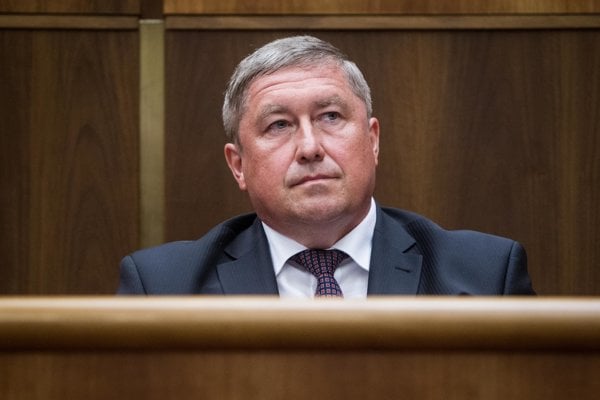 New evidence has come from the investigation of the Gorilla file, a document describing alleged links between big business and senior politicians. It is possible that a separate prosecution will be initiated, Special Prosecutor Dušan Kováčik told the members of the parliamentary constitutional committee on June 6.

The new information was found around 48 hours ago.

“Our operations have revealed new, very serious facts,” Kováčik said, as quoted by the Sme daily, adding that a completely new resolution will be released soon. “It is hard to predict at the moment whether additional charges will be laid, but after five years [of investigation] the new facts have emerged.”

Kováčik rejected accusations that nothing has been done for the case.

“Charges have been brought,” he said, as quoted by the TASR newswire, adding that the case is difficult and complicated.

Kováčik said he firmly believes that the Gorilla investigation should be closed.

“I want to finally draw this thing to a close,” the special prosecutor said, as quoted by TASR.

When asked by opposition MPs why Prime Minister Robert Fico (Smer), whose name is also mentioned in the file, has not yet been heard, Kováčik dismissed the relevance of the claims. He said that information about whether somebody was present in the flat where the meetings between politicians and businessmen took place would be unimportant in the investigation.

Even the former chief investigator Marek Gajdoš, who left the police in late 2016 after serving for 17 years, said there is no suspicion that a crime has been committed and that it is more important to focus on cases involving higher-priority actions.

Kováčik also told the committee that he would probably leave his office before his term expires in 2021.

“It’s impossible to work under such pressure for a long time,” he said, as quoted by TASR, in reaction to an anti-corruption march organised by students on June 5. They demanded the dismissal of Kováčik, as well as the dismissals of Interior Minister Robert Kaliňák (Smer) and Police Corps President Tibor Gašpar.

Kováčik believes it is naïve to think that dismissing one person would fix the entire problem of political corruption.

“It doesn’t work like that,” he said, as quoted by TASR. “Corruption isn’t about one person.”

The special prosecutor said that he thinks about the students’ demands every day.

“I don’t take it lightly,” Kováčik said, as quoted by TASR. “I respect all citizens, but I’m sorry that it only comes from one side. I’m still open to a meeting.”

He said, though, that he has not yet heard a relevant reason for why he should resign.

Earlier that day, General Prosecutor Jaromír Čižnár told journalists that he would respect a decision by Kováčik to leave his post. If MPs know about a specific case in which Kováčik has violated the law, Čižnár said, they should report it directly to his office.

Kováčik, meanwhile, denies that he has turned a blind eye to corruption scandals.