Thousands of people join anti-corruption protests in Prešov and Žilina

Students have already collected 50,000 signatures for the anti-corruption petition. 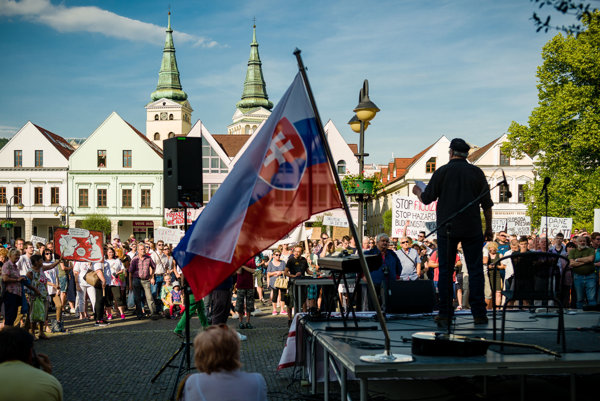 Rallies against corruption, organised by secondary school students, continued on June 12 in Prešov and Žilina. While the rally in Žilina drew about 1,500 people, in Prešov it was between 2,500 and 4,000.

“We are here to join the Bratislava initiative,” said Michaela Knošková, one of organisers of the rally in Žilina, as cited by the SITA newswire, adding that their ambition is to collect 100,000 signatures for the anti-corruption petition which calls for the removal of Interior Minister Robert Kaliňák (Smer) and Special Prosecutor Dušan Kováčik. They need this number before parliament will deal with it and they have collected almost half of that already. 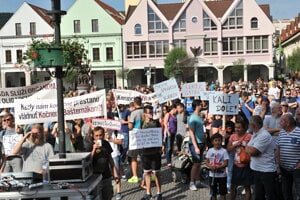 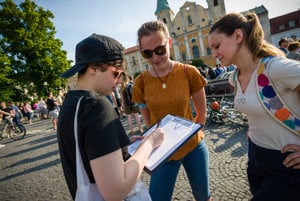 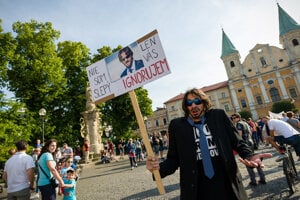 As with the earlier protests in Bratislava and Košice, the rally in Žilina was apolitical and non-partisan, without support from any political party and organised as a student initiative.

“The goal of the students is to demonstrate that people are aware of the critical situation that Slovakia currently finds itself in,” said Knošková. “And they won’t just talk about it, but will resort to deeds because the deed did happen. And it is students who want to repay that deed with their own deed.”

“The deed did happen” is a sarcastic allusion to investigations into corruption that often terminate with the conclusion that the ‘deed didn’t happen’.

The event also garnered support from former Foreign and European Affairs Ministry employee and whistleblower Zuzana Hlávková, Anna Remiášová, mother of the murdered Róbert Remiáš, who was linked to an alleged witness to the kidnapping of former president Michal Kováč’s son and actor Juraj Kemka.

While in Žilina the rally took place at the Mariánske Square, in Prešov the protesters marched from the local house of culture to a podium in the city centre. People were bearing banners with slogans calling on Kaliňák and president of the police corps, Tibor Gašpar, to step down. The crowd were chanting slogans such as, “We do not want corruption”, “We want rule of law” or “The deed did happen”. 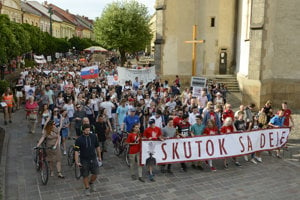 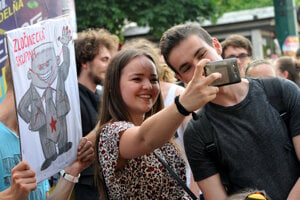 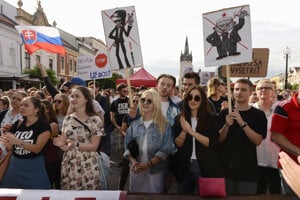 Anna Čujková, one of the organisers of the rally in Prešov recalled that the statement was often used in Slovakia in cases of suspicion of corruption in the highest places, “The deed didn't happen”, is not a satisfactory explanation for them and this is one of the reasons why they are organising this rally. She believes that people should not be silent if they want change.

The turnout in Prešov, estimated at between 2,500 and 4,000 exceeded expectations.

“They told us that the biggest events after the Velvet Revolution drew about 600 people, so this is very satisfactory,” said Karolína Farská, one of the main organisers of the anti-corruption rallies in Slovakia. She added that such a turnout would certainly help people to realise that it makes sense to do something and not to resign themselves to a bad situation.

For now, the students are not planning any other protest rallies. They will continue collecting signatures for the anti-corruption petition in other towns and at music festivals.