The tree house at Kačín near Bratislava which has become a popular destination, is joined by another house recently built in the Dlhé Lúky locality. 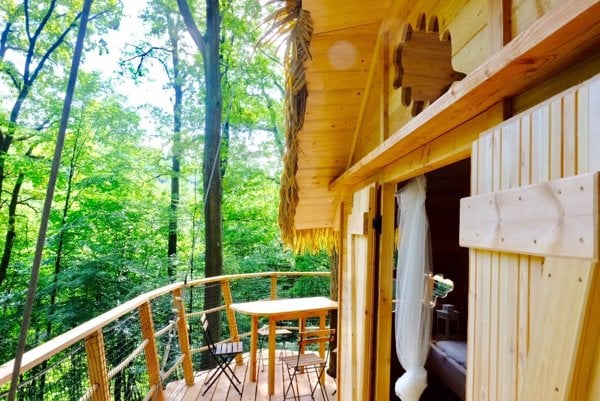 The new tree house called Pod Dubmi (Under the Oaks in English) will be open to the public beginning July 15, the Bratislava Municipal Office said. The new house is located on a hillside, offering great views of the surrounding area from its terrace. The house boasts a meadow, a well and a barbecue site nearby.

“The first tree house in Kačín, installed and opened last year with City Forests, is literally bursting due to public demand. It is 100% filled on weekends and holidays, and people are even asking in advance to stay there during weekdays,” Mayor Ivo Nesrovnal said. “This is one of the reasons we decided to construct another tree house which, will attract people to go to nature, to the beautiful woods surrounding Bratislava.”

The tree house is built on large oaks and stands about 4 metres above the ground, with an area of 29.2 square metres, of which the terrace is 14.2 square metres. The house is secured with steel cables and hangs in the trees, with access provided by wooden stairs. The house has a double bed and a twin bed; it has some heating and a nice design. There is no electricity or running water, but a chemical toilet is available. The house, made of pine, spruce and larch trees, is slightly bigger than the one at Kačín and can hold four people. 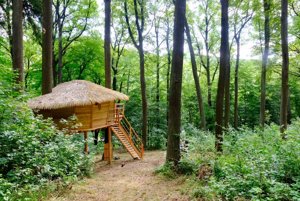 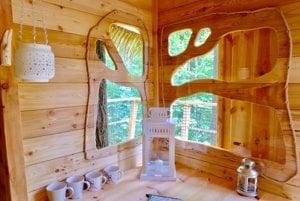 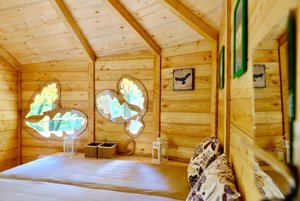 The tree house can be booked at www.ba-lesy.sk, as the Bratislava City Forests will operate the new site. The price is the same as for the first house: €100 a night.

The house, which cost €19,000, was built by Tree Houses s.r.o, a company whose partner is the French La Cabane en L’Air.