Public opinion of SNP is positive

Anti-fascist interpretation of uprising dominates in Slovak society, according to research by the Institute for Public Affairs. 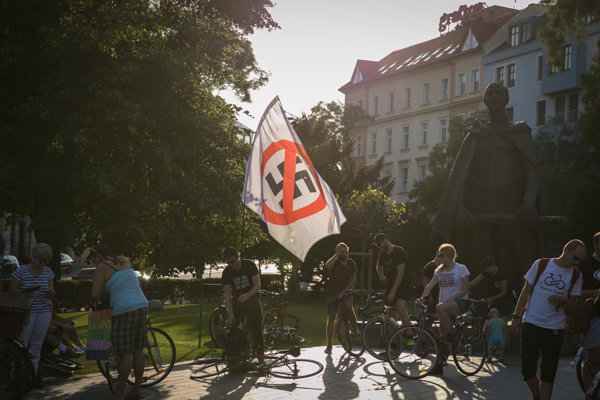 More than seven decades after the Slovak National Uprising (SNP), 85 percent of adult Slovaks believe that "the SNP was an expression of Slovak disgust for fascism and that is why we should be proud of it”. Only 9 percent agree with the statement that the SNP should be evaluated negatively because it was an uprising of Slovaks against their own state.

These figures stem from the research on the public opinion of the SNP, the key event in the modern history of today's Slovakia, which was conducted by the Focus polling agency for the non-governmental Institute for Public Affairs (IVO) on the occasion of the 73rd anniversary of the uprising.

The results of the poll show that the interpretation of the SNP as an anti-fascist uprising is dominant in historical knowledge of Slovak society, while the positive evaluation of the Nazi-allied Slovak wartime state, its political representatives or the trivialisation of its crimes have almost no support in wider public opinion.

The positive view of the SNP prevails across socio-demographic categories. The lowest rate of positive answers (77 percent) comes from the youngest respondents aged 18 to 24. However, this does not mean that all the rest view the SNP negatively. As many as 14 percent of respondents in this age group responded “I don’t know” or “I have no opinion”.

Among the supporters of the relevant political parties, the positive evaluation of the SNP is unequivocal with only small differences. A more positive assessment is visible among those who voted for the Slovak National Party (SNS), Christian Democratic Movement (KDH), Ordinary People and Independent Personalities (OľaNO), Freedom and Solidarity (SaS) and Smer.

Even most of those who vote for the far-right People's Party - Our Slovakia (ĽSNS) see the uprising positively, despite the fact that the party's head Marian Kotleba, labels it a “Bolshevik putsch” and two years ago, he raised a black flag on the building of the regional government in Banská Bystrica on the day of the anniversary. The results of the research show that the majority of his supporters do not have such a negative view of the uprising. 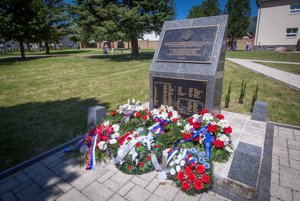