Behind the decline in alcohol consumption is, for example, the abandoning of the habit of drinking at work – typical especially during communism, according to an expert. 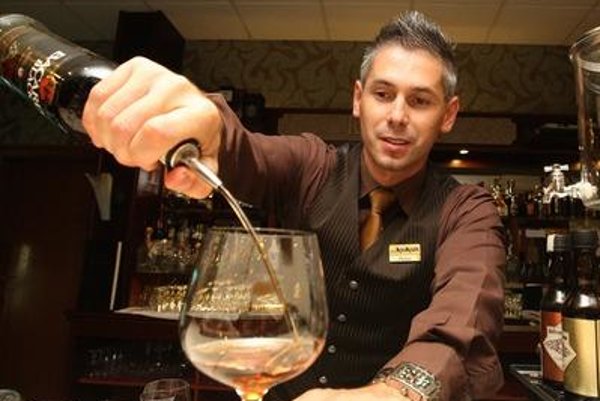 In Slovakia, the consumption of pure alcohol consumed in alcoholic drinks declined since the Velvet Revolution of 1989, which toppled communism, in almost two litres per capita for one year.

This stems from a year-on-year comparison of the Slovak Statistics Office (ŠÚ SR). Its data have been published in a document of the Public Health Authority (ÚVZ) named The Update of the National Action Plan for Problems with Alcohol for the Years 2013 to 2020. The document is now being commented on and adjusted by other ministries in an official procedure.

The document implies that Slovak inhabitants drink mostly beer, followed by wine, while pure spirits are drunk the least. Moreover, the consumption of hard liquor has a somewhat decreasing trend.

More than eight litres per capita

In 2015, the consumption of pure alcohol per capita in the entire population amounted to 8.7 litres. One year after the Velvet Revolution, i.e. in 1990, this was as much as 10.4 litres.

More men than women drink alcohol. During the past year, more than three percent of Slovak citizens have consumed alcohol every day, the European Health Survey 2014 finds.

Much more, 11 percent of Slovaks practice binge drinking, at least once a week. This means they drink six or more glasses of alcoholic drinks in one evening. Most often, men aged between 45 and 54 drink in this way.

Alcoholics are represented in approximately the same share of the population as “binge drinking”: 11 percent.

Source: ŠÚ SR, data are in litres of pure alcohol per capita for one year.

In this comparison and period, Slovaks and Czech consumed the same amount of pure alcohol – 13 litres a year. Hungarians consumed three-tenths of a litre more than Slovaks. On the contrary, Poles, Germans and Austrians had lesser consumption than the inhabitants of the former Czechoslovakia. All centralEuropean countries were beaten by Russians and their more than 15 litres, though.

The difference between the WHO and the Slovak Statistic Office data can be ascribed to different methodology, according to experts. However, the data of the international health authority also implies that alcohol consumption in Slovakia has been declining year-on-year.

Expert: we don’t drink at work as much as in the past

There are several reasons why the consumption of pure alcohol has been declining around the country.

One of them, according to head doctor Ivan Novotný of the Bratislava-Petržalka SanatoryAT, which specialises in treating addiction, is the different attitude of people in regards to drinking alcohol during working hours. “In the past, people tended to drink much more at work,” he says.

Alcohol consumption is also going down, he opined, due –o the low average salary of most people. If they have alcohol under control, they don’t drink so much, since they can’t afford it, the doctor says.

Another positive factor is that alcoholics are seeking medical help much faster, Novotný explains. During communism it took sometimes as long as 22 years, while currently it is about two years. With the shortening of this period, alcohol consumption is reduced as well, he adds. A considerable reason for the decrease in consumption is the fact that some people have switched alcohol for new drugs, the head doctor concludes.

The consumption of pure alcohol

Source: WHO – 2014 Global status report on alcohol and health

The main expert of the Health Ministry for medicine of addictions, Ľubomír Okruhlica, sees mainly demographic reasons behind the decline in alcohol consumption.

The first of them is that after 1989 many young people – traditionally the greatest alcohol consumers – have left Slovakia. They consume it more because they can afford it, due to their young age and good health, the expert explains. The overall ageing of the population has had an impact on the declining alcohol consumption, since older people do not drink as much as younger ones.