Small businessmen spend about one month per year on red tape. This costs them €1,651. 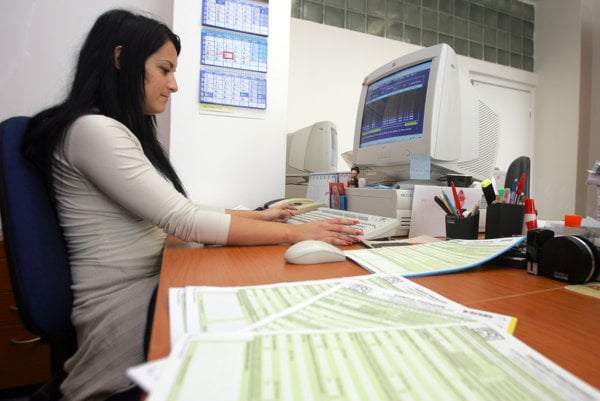 An almost 250-metre long snake made from about 700 sheets of forms and documents small and medium-sized companies need to fill in and deliver to state bodies each year meandered via the streets of the Old Town on September 29. Representatives of the economic think tank INESS made the snake to demonstrate visually what a burden existing legislation puts on small and medium businesses (SMEs).

Based on the INESS’s Bureaucratic Index, a small entrepreneur in Slovakia spends on average 164 hours per year in order to meet 78 obligations. Compared with the previous year, the index did not change significantly when it decreased by only one hour and one duty.

“This is not a completely gratifying result,” said INESS analyst Martin Vlachynský when introducing the index for 2017, adding that they have registered an increased interest from the side of the Economy Ministry to actively solve some problems of entrepreneurs.

The Economy Ministry responded to the index by saying that there are issues that can be solved by changing the systems, but that such changes require more time while these pertain not only the Economy Ministry but also other ministries, for example the Environment Ministry.

“I reiterate that there are things that can be improved and we are heavily working on them,” said Economy Minister Peter Žiga.

INESS choose to present the latest index on September 29, the birthdate of economist Ludwig von Mises, author of the book Bureaucracy.

“This is why we, along with foreign partners, choose this day to be International Bureaucracy Day,” said INESS analyst Richard Ďurana. “It should remind people of the time lost by paper work.”