PM Fico after a night shift: Some businesses will hate bonuses 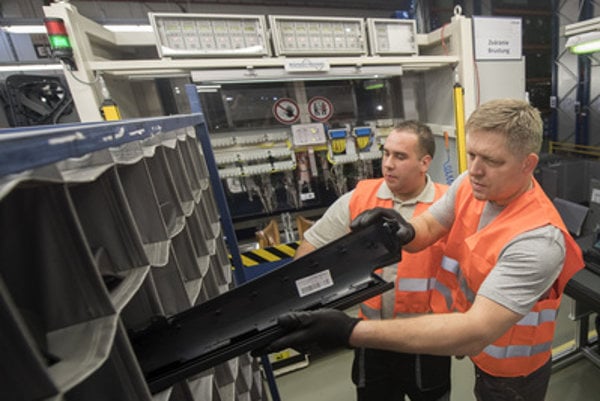 Prime Minister Robert Fico worked a full night shift of eight hours in one of the firms that supply the Slovak automotive industry, IAC Group, on November 25. He wanted “to share with representatives of entrepreneurs how fantastic it is to work like this at night”, as reported by the Sme daily.

Fico had already experienced night work prior to this experience. He was also the only opposition MP who sat all night in parliament on “the night of long knives” in 1994, which marked the ascension to power by HZDS and Vladimír Mečiar.

The prime minister was also invited to complete night work in a bakery, at filling station, and at a production line in the Nexis Fibers plant, the Nový Čas tabloid daily wrote.

During his shift, Fico produced almost 500 welds, he told the TASR newswire. He added at a briefing on November 26 that the proposed increase in extra payments for the night work will face a massive resistance from entrepreneurs in Slovakia. 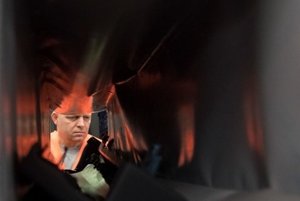 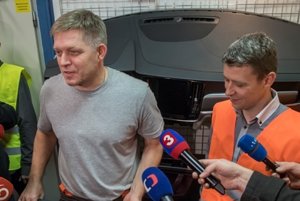 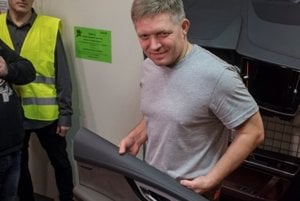 Businessmen will hate it

“I’m keeping my fingers crossed for all people, because I know the aversion of some entrepreneurs in Slovakia to night work bonuses will be enormous,” PM said, as quoted by TASR. “However, I believe the proposal will eventually be passed in parliament.”

Fico took the night shift as a display of solidarity.

“The PM did an excellent job because beginners produce on average 300-350 welds, and Fico made 497 welds, which is a decent performance given the fact that he did the job for the first time in his life,” the company's director Peter Žatkulák commented for TASR, adding that an experienced worker produces approximately 650 welds of this type per shift. 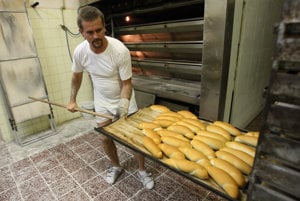 The IAC Group has not calculated yet how much the increased extra payments will impact the expenses, according to Žatkulák.

Higher bonuses for night, weekend and holiday work are part of the measures introduced by the coalition in the so-called social package. In an amendment to the Labour Code, MPs of the governing Smer party have proposed increasing bonuses for night work from 20 percent to 50 percent of the minimum wage as of May 2018. Bonuses for holiday work should go up from 50 percent of an employee's average salary to 100 percent. Bonuses for weekend work should be introduced as well, amounting to at least 100 percent of the minimum wage.

The opposing parties Ordinary People and Independent Personalities (OĽaNO), Freedom and solidarity (SaS) and the extra-parliamentary Christian Democratic Movement (KDH) condemn Fico's gesture of solidarity, calling it instead cheap theatre, a farce and an effort to slow down the fall in support for Smer.

OĽaNO head Igor Matovič said that Slovakia experienced unprecedented theatre over the previous night on the part of the prime minister, who has been the most powerful man in the country for ten years but until now has not once thought of higher bonuses for night, weekend and holiday work, as cited by TASR. Moreover, the governing Smer party did not support an OĽaNO-sponsored proposal to increase the bonuses some six months ago.

SaS leader, Richard Sulík, views the prime minister’s night shift as a farce and called on Fico to stay at the factory longer than one night.

“He should stay in that factory and work manually because when he works by his own head, he only causes problems and economic damage to the country,” Sulík said, as quoted by TASR. The SaS head went on to say that going to a factory for one night is a thrilling experience rather than a serious job.