Automation – an opportunity or a threat?

The search is underway for talent to fill jobs that do not even exist today. 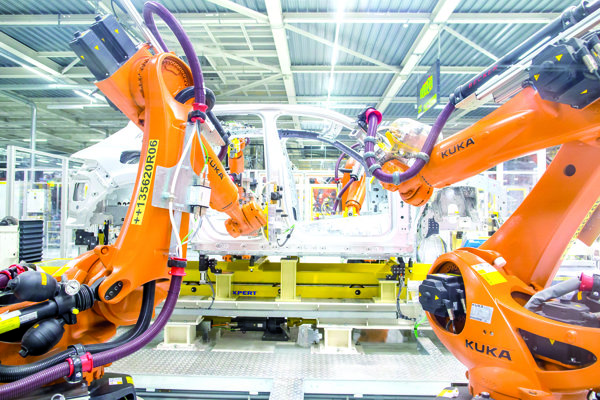 Automation is happening. It’s all around us, and will be part of our future which has always been unpredictable. Obviously, we assume that it will have an impact on our jobs and on our lives. Of course it will, but if we look to the past, using telecommunications as an example, there were ladies, sitting in a room with headphones on, connecting phone calls by plugging and unplugging a jungle of cables. Since then, hundreds of new jobs have been created within this field and in other fields as well. On the other hand, hundreds of jobs have been modified or have disappeared.

The best examples of applied automation are found in industrial companies, where advanced robotics has become the centre of attention.

The Financial Times reported that analysts for Goldman Sachs have forecasted that in China, it now only takes 1.3 years, on average, for an industrial robot to pay back on its investment, down from 11.8 years in 2008. The trend in Slovakia is very similar. Universal Robots (UR) is the world’s number one in collaborative robotics (robots that can operate safely in proximity to people). The price of one UR3 model weighing 3 kg is €20,000, for the UR5 it is €24,000 and the UR10 it costs €30,000. The robot itself needs some additions – a base, tentacle and installation. Let’s say that a fully-equipped UR5 model costs €30,000. It’s maintenance-free, with a guarantee of 35,000 working hours and it can be leased; a 5-year lease costs €480 a month.

The cost of a human may be at least twice as much. Cheaper, more capable and advanced technologies are accelerating the growth of fully-automated production facilities. Advances in artificial intelligence and sensor technologies will allow robots to cope with a far greater degree of task-to-task variability. The ability to adapt their actions in response to changes in their environment will create opportunities for automation in areas such as the processing of agricultural products.