The tycoon and “landlord” of ex-prime minister Robert Fico has filed a criminal complaint against the MP for calling him a thief. 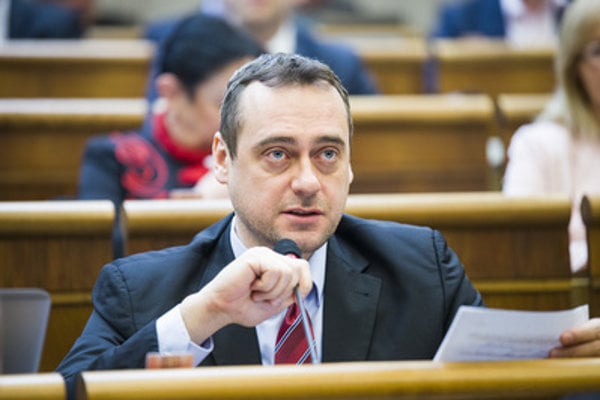 Real estate tycoon Ladislav Bašternák has filed a criminal complaint against MP for the opposition SaS party, Jozef Rajtár, the SITA newswire wrote on March 27. According to the complaint, the businessman feels offended by Rajtár’s statements that he is a former car thief. He is also angry that the SaS MP made evaluating judgments about recurrent crimes in an organised group for which, according to the MP, he should have been taken into custody.

“I understand the criminal complaint as a pointless attempt to intimidate me,'' Rajtár reacted, as quoted by SITA. “Ladislav Bašternák tried to vindicate himself from tax evasion accusations by resorting to active repentance, which is absurd in his case and no sensible investigator can swallow this bait. I still think that the attempt to cover this crime with inactivity of the Financial Administration and the police prove the presence of an organised group,” SaS MP summed up.

Rajtár filed a criminal complaint against unknown perpetrators with the General Prosecutor’s Office in mid-March and is preparing one more, involving further transfers of flats, and VAT frauds.

He thinks that Bašternák’s activities reach further than the Five Star Residence – a highly publicized case in which flats were transferred and paid for cash, amounting to €12 million.

The Sme daily quoted him as claiming businessmen Marián Kočner and Bašternák are among the suspects in several shady economic deals involving tax frauds and rigged VAT returns.