The country presents Black Hawk helicopters and Spartan planes at the IDEB fair which opened on May 16. 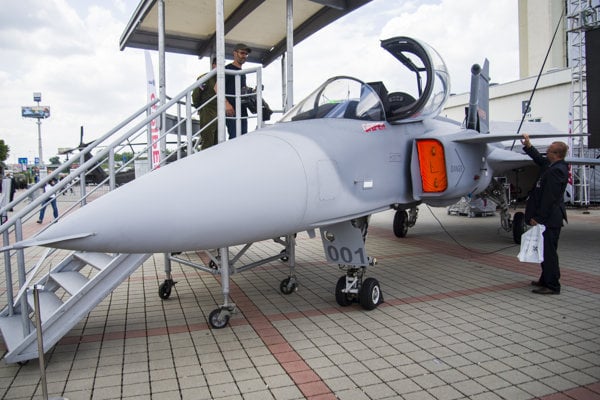 The Gripen plane is exhibited at the IDEB fair in Bratislava (May 16-18). (Source: TASR)
Font size:A-|A+

In his speech, Gajdoš stressed that Slovakia has acquired some newcomers, including UH-60M Black Hawk helicopters and Spartan transport aircraft. 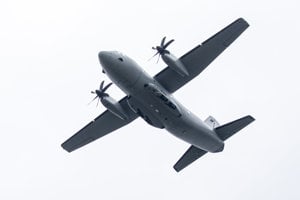 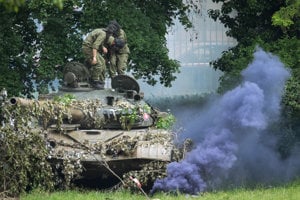 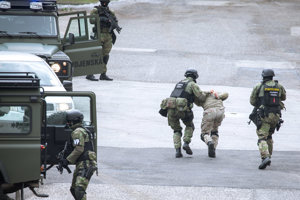 “The IDEB fair provides space for presenting top quality products,” Gajdoš noted. “People visiting the fair can also learn more about the equipment that the Slovak Armed Forces have,” minister said, adding that the fair also features an 8x8 military armoured vehicle prototype that was manufactured based on Slovak-Finnish cooperation, a modernised infantry vehicle for Istar units and many other military products and pieces of equipment.

This year’s fair is a bit different than previous ones, as the domestic armaments industry has never enjoyed such support from the government in modern-era Slovakia as it does now, according to the defence minister.

The number of domestic arm producers has also reached historical heights. The fair, which includes a total of 170 exhibitors from 18 countries on an area of 25,000 square metres, will run until May 18. The exhibits include the Saab JAS 39 Gripen plane in real size, as well as the Black Hawk UH-60 helicopter.