The organisers of the commemorative gathering expressed their sympathy for the family of the killed Filipino expat and called for an end to violence against women and foreigners in society. 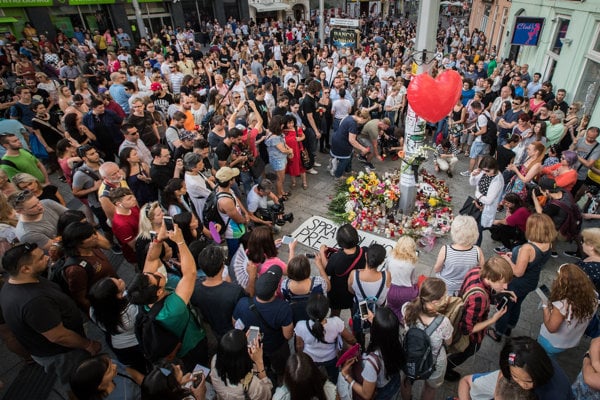 More than 1,000 people came to Hodžovo Námestie square in Bratislava on June 8 to pay tribute to Filipino expat Henry Acorda, who succumbed to his injuries following a brutal attack of Juraj Hossu in late May. They later marched through the city to the memorial raised at the end of Obchodná Street where the incident took place.

The gathering started with a violin composition to commemorate the deceased.

“This tragedy is devastating not only for us, his family, and his friends, but all of humanity,” Acorda’s sister wrote in a letter read at the gathering.

As she stressed, Acorda came to Slovakia a year ago, ready to fulfil his dreams and experience life in a foreign country. He loved people and respected them and their diversity, which eventually cost him his life.

“Henry John Acorda did not deserve this tragedy,” his sister continued. “We will never forget this noble and heroic act of kindness and respect, especially for women. He was a hero in our hearts.”

Acorda’s sister thanked both the Slovak and Filipino government for their “collaborative efforts in pursuing justice for my beloved brother”. 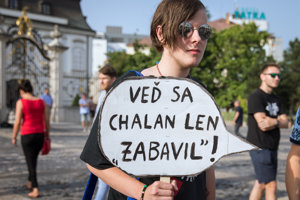 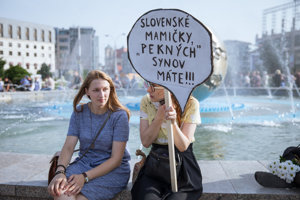 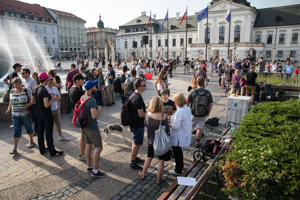 Apart from expressing sympathy for Acorda’s family, the organisers wanted to express their concern with the current state of society. They also called for just investigation of Acorda’s death.

Acorda’s sister wrote in the letter that this tragedy could happen to any of us, and asked whether people want it to continue or want to stop it. 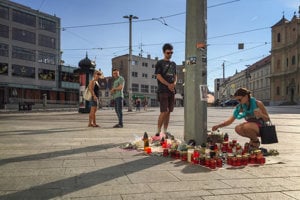 Other speakers also stressed the need to stop violence happening in Slovakia.

The organisers said that at first, the respective authorities seemed indifferent to the case and hoped that nobody would notice the death of an expat, and started acting only after public pressure.

“We won’t allow the state authorities to sweep the murder under the carpet as a mishap or an ordinary night conflict,” one of the organisers said.

They called on proper investigation of the incident and justice for the family, and stressed that it needs to be seen in a wider context, pointing to the current atmosphere in society that trivialises violence against women and harassment and is afraid of immigrants, which is also nurtured by politicians, police and even media.

“We have to understand Henry’s legacy as a challenge not to be indifferent, defend ourselves and change society and us,” one of the organisers added.

Read also:AmCham: Attacks like the one on Henry Acorda have no place in civilised societyRead more

Zuzana Maďarová of the non-governmental organisation Aspekt also called for an end to violence against women and children.

“We need a society that will not tolerate violence and will use all means possible to solve gender violence and prevent it,” Maďarová stressed.

Thank you for singing up. Shortly an email will be sent to the address you provided to verify your e-mail.
Error! Please try to register again later, your e-mail was not registered.
Your email is not in a correct format.
Please confirm you are not a robot.
Share on Facebook (1815)