A Slovak smuggled 29 Vietnamese in a Mercedes

The Košice native was sentenced to 56 months in prison for people smuggling, but he appealed the verdict. 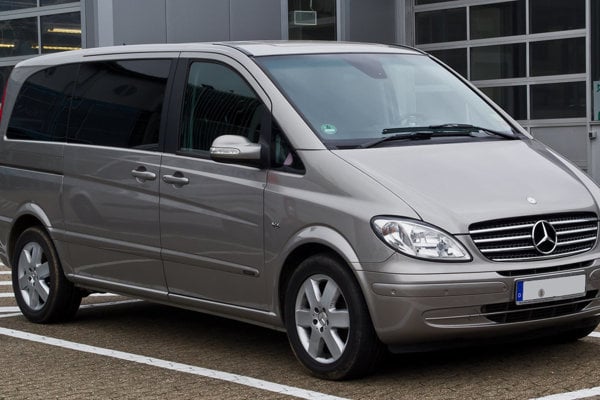 Another case of people smuggling is being decided upon by the Košice Regional Court: a man from Košice, aged 46 and identified as Marek S., has been convicted by the Michalovce District Court, but he appealed the verdict and thus, his case was sent to the regional court.

17 Vietnamese in the boot

Marek is charged with smuggling a total of 17 migrants in his Mercedes Benz V car in May 2017. The car was adjusted to transport a larger number of people by removing seats.

Allegedly, the Vietnamese citizens crossed the Ukrainian-Slovak border at an unknown point and were led by someone to an unknown place in the Sobrance District.

There, they entered the car driven by Marek from Košice and shortly after midnight, the police patrol stopped the Mercedes and checked it at the Slovnaft in Michalovce.

The Migrants were taken to the police station, while Marek was taken into custody.

He didn’t know about the people

Marek continues to claim his innocence. He was allegedly approached by an Ukrainian man named Sergei who asked him to drive some items, and after he agreed, he was given a walkie-talkie, through which he was navigated. He had no idea there were people in the back of the car, Marek insists.

Police say they tried to stop the Mercedes and succeeded only after some time and 300 metres at a fuel station. Then, they found people in the load-room space, and counted 17 foreigners.

Several of the Vietnamese passengers were more talkative and said that a total of 29 Vietnamese people were taken to a forest, led to a border at night by an Ukrainian man and from there, were taken by two smugglers with masks on.

After more than two hours of walking, all 29 people got in a van, Chien Van Nguyen testified. After about a 30-minute drive, two of the Vietnamese people fainted, and then started to bang on the car’s side. The van stopped, after a while two other cars appeared, and six people boarded each of them.

He remained in the van, which was then stopped by police. Chien Van Nguyen also testified, as quoted by Košice Korzár, that their ultimate destination was Germany where he was supposed to pay someone more money after the first advance payment of €3,000 - €13,000.

Michalovce court evaluated Marek’s defence as purposeful and has no doubts about his guilt. It found the Košice man guilty of people smuggling and sent him to prison for 56 months.

However, Marek filed an appeal, arguing with several procedural flaws by the court while deeming that the verdict was based on unlawfully achieved and made-up evidence, Branislav Bujňák of the Regional Prosecutor’s Office Košice told the newspaper.

The regional court has not ruled on his appeal yet.