New via ferrata route coming to the High Tatras 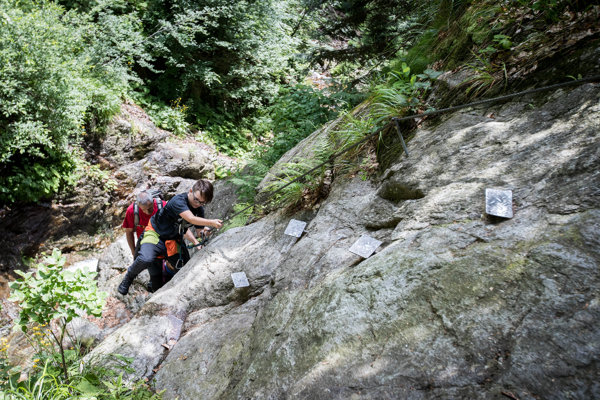 A new via ferrata route should soon come to the High Tatras. It will be the first of its kind in the Tatra Mountains. It will serve both lovers of extreme sports and non-climbers.

The ferrata route will lead from Mlynická Valley through one of the Solisko routes. It will end up close below the peak of Predné Solisko.

“The ferrata is something between climbing and hiking,” said Peter Dragúň, head of the Club of Slovak Tourists, as quoted by Spiš Korzár. If following all the rules, it is safe to climb via the ferrata, he added. The new route is meant to be for the wider public, so its difficulty will not exceed level C.

The admission to the via ferrata route will be free thanks to volunteers from the Club of Slovak Tourists.

The route is firstly authorized by the state bodies deciding on its implementation.

“In the second half of September, we will mark out the exact route with the cooperation of preservationists,” added Dragúň, as quoted by Spiš Korzár, adding that if everything goes right, by the end of 2019 a new via ferrata route will be in the High Tatras.

The head of the club opined that many Slovak tourists travel abroad to use various ferrata routes. They would like to offer them the possibility of also climbing the High Tatras. The first Tatra ferrata route is the result of cross-border cooperation with Poland.

Extreme hiking routes are becoming more and more popular in Slovakia. One favourite is in the National Park Slovenský raj – ferrata Kyseľ, another one located in Malá Fatra on the way up to Martinské hole. The newest one opened recently near Kremnica.