Individuals as well as institutions were decorated for their contribution to developing mutual ties between Slovakia and the USA. 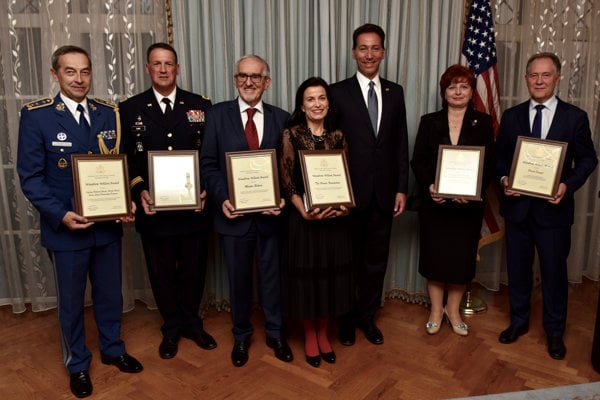 Marking the 25th anniversary of diplomatic relations between the United States and Slovakia, selected individuals and institutions that contributed towards developing the ties between the two countries received the Woodrow Wilson Awards on October 10. 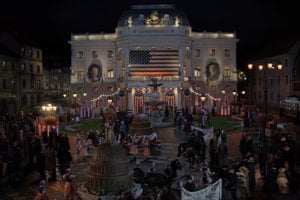 “This evening we’re decorating our Slovak partners and friends who have greatly contributed towards building a well-functioning partnership over the past 25 years,” said US Ambassador to Slovakia, Adam Sterling, at the ceremony, as quoted by the TASR newswire.

Though the laureates are not the only ones contributing to developing mutual ties, each of them is a strong pillar in US-Slovak bilateral relations, the ambassador added.

The Woodrow Wilson award was given to the partner programme between the Indiana National Guard and the Slovak Armed Forces, Pontis Foundation, the Department of British and American Studies at Pavol Jozef Šafárik University in Košice as well as former Slovak ambassador to the US Martin Bútora, and former Slovak foreign minister and current expert on international issues and civil society, Pavol Demeš.

The medals they received were designed by academic sculptor Viťo Bojňajský, who is also the creator of Wilson’s sculpture revealed on the premises of the Slovak Foreign Affairs Ministry earlier this year, TASR reported. 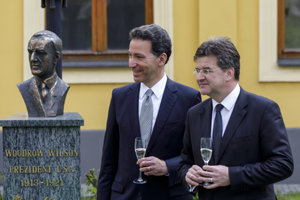 Apart from the 25th anniversary of the mutual diplomatic ties between the US and Slovakia, the embassy wanted to remember the centenary of the first Czechoslovak Republic.