How much do Slovaks spend on alcohol?

Slovakia is one of 10 EU countries spending the most. 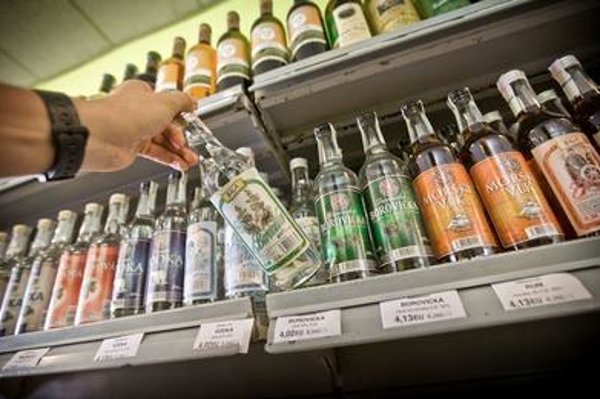 Slovakia belongs among EU countries that spend the most on alcohol. It placed 10th in the ranking published by Eurostat, the EU's statistics office.

Slovaks, who consume 12 litres of alcohol a year according to the data by the World Health Organisation (WHO), spent 2.5 percent of their monthly income on alcohol consumption in 2017, the same sum as Luxembourgers.

"In the case of alcoholic beverages, the prices in Slovakia are at 75.3 percent, which means they are roughly one-quarter cheaper than the EU average," said Lenka Buchláková, analyst of Slovenská Sporiteľňa, as quoted in a press release. 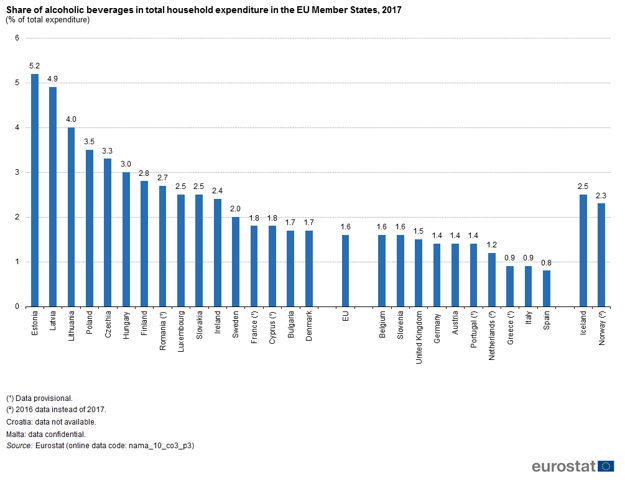 Estonians spend the most

Households in the European Union spent 1.6 percent of their total consumption expenditure on alcoholic beverages in 2017. This equals €130 billion, which represents 0.9 percent of EU GDP or over €300 per EU inhabitant, according to Eurostat. 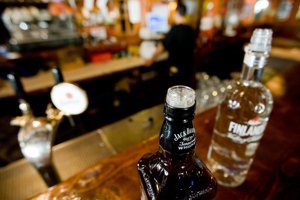 All three Baltic countries – Estonia, Latvia, and Lithuania – top the list, having spent between 4 to 5.2 percent of their income on alcohol, while Spaniards (0.8 percent) and Italians (0.9 percent) spent the least.

Alcohol and cigarette prices are the highest in Ireland, Buchláková said.