Blog: A small country like Slovakia can enable big change

Peter Irikovsky, the well-travelled CEO of Exponea, insists Slovakia is a flexible and optimistic nation. 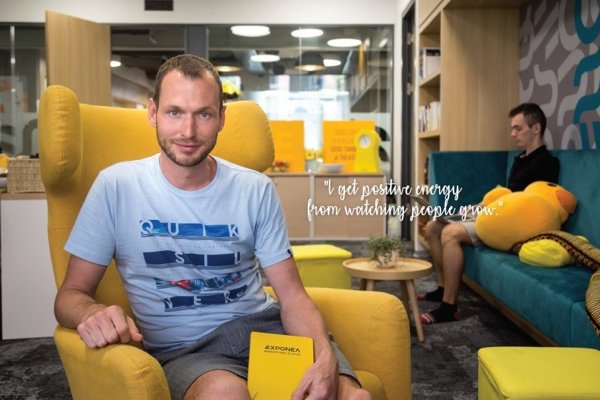 I spent two summers working in the US, handing out hamburgers at McDonald’s

This eventually escalated into working for KPMG and later McKinsey & Company and Groupon & Slevomat, where I got to travel the world extensively.

After a year, I realized almost no local outfit stood a real chance of becoming a unicorn. They had the aspiration, but they were missing the top talent.

At Exponea, a customer data platform, our goal is to empower smart people irrespective of age

For example, there are several 27-year-olds in our upper management. The guy opening our office in Edinburgh is just 20 and already leads a team of four.

We also actively pair up locals with returnees

After seeing what is possible elsewhere, returnees are by and large more open minded, and their optimism is contagious. Mix them together with locals, even in a 1-to-4 ratio, and they convert our teams into believers in success.

Travel teaches you that things can be vastly different

When you live in London, you find that cars can drive on the ‘opposite’ side of the road. Things are suddenly not the way you think they ‘should’ be, and the world does not stop turning because of it.

I am happier working with people who have no or limited experience, teaching them what I have seen work globally. In due course, they will enable the positive ripple effect; they will move on to start their own successful companies..

Elon Musk has a saying, “if you are not progressing, you are regressing”

I get positive energy from watching people grow. And if someone isn’t progressing, it drains my energy. Just like a bad apple spoils the bunch, a single ‘C’ player can turn an ‘A’ team into ‘B’ players. We part ways with them.

When Slovak companies succeed, other people will start to believe it can be done

Turn on the news and all you see are American entrepreneurs. This can be discouraging. Slovaks may admire ESET, a billion-dollar company, but they see it as a historical coincidence from the early 1990s. 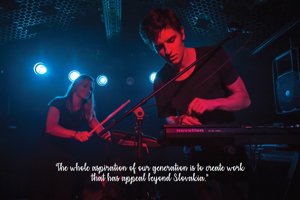 Read also: Blog: If there is joy in what you do, there will always be magic Read more

Returnees from abroad show locals that success is not about being born somewhere or having special privileges. They know it’s all about working on yourself and being a little better each day.

Organizations like LEAF give me hope for a better future

When I lived abroad, I was skeptical about returning to Slovakia. This has changed, primarily thanks to LEAF. There is now an amazing group of people who believe that if they want their children to live here, they need to make the whole country better.

Rather than complain over a beer or leave the country, we can try

Slovakia is conveniently small, which enables a big change. Achieving the same thing in the US would be much more difficult and take much longer. Slovaks are a compact, flexible and optimistic nation compared to their neighbors. Given the inflow of great people from abroad, I’m confident that Slovakia is becoming a great place for both life and work.