Farmers blocked the traffic in Bratislava

They parked tractors near the SNP Bridge after their meeting with the government did not meet their expectations. 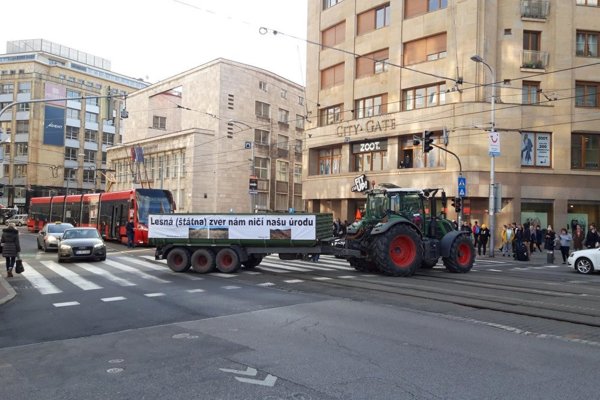 Farmers blocked the SNP Bridge and a few adjacent streets for one hour on February 20, despite the previous promise that their protest would not affect the traffic in Bratislava.

"After negotiations in Košice, we thought things would be moving forward," said one of the protesting farmers, František Oravec, as quoted by the Sme daily. "But we found the talks at the Government's Office disappointing." 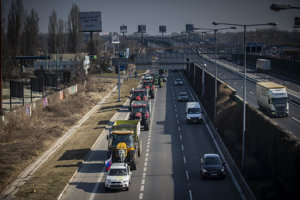 That is why farmers decided to block the bridge. The farmers arrived in Bratislava on February 19 to discuss land consolidation, how a farmer can obtain the land and how the Agricultural Paying Agency (PPA) runs and ignores property rights. They have already apologised to people living in the capital.

"The government was generalising our terms," said Patrik Magdoško of the Initiative of Farmers (Iniciatíva poľnohospodárov) about the farmers' meeting with PM Peter Pellegrini (Smer) and his ministers, as quoted by the TASR newswire.

Farmers learned at the meeting with the government that everything works well, and if something does not work, the Agriculture Ministry is taking care of it, Magdoško added.

"The only proposal we acknowledge is the establishment of the environmental criminal police," claimed Magdoško, as quoted by TASR. "We have not agreed on other things with the government."

The prime minister labelled the talks with farmers as constructive. The consensus could not have been made in some areas as a broader debate is necessary, he added.

"Many of the farmers' demands are being dealt with or have been resolved," Pellegrini added, as quoted by TASR.

Farmers have the right to protest, but no one has the right to describe the situation at the Agriculture Ministry as bad, he said. 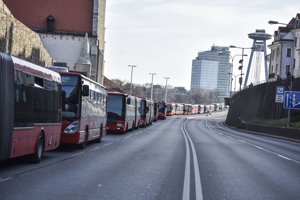 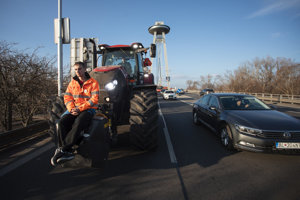 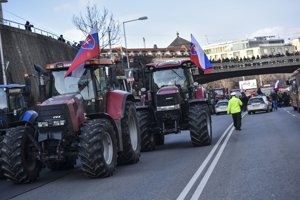 "There is a legislation that works well in real life," said Agriculture Minister Gabriela Matečná (SNS nominee), as quoted by TASR. Thus, she does not understand why farmers are unaware of it.

The ministry has adopted several measures to cope with land consolidation and the transparency of the PPA, as well as other institutions under the ministry, she added.

Moreover, Matečná did not agree on inviting farmers to the governmental meeting as some of them are linked to "the criminal environment".

The protest is organised by people, who pretend to be farmers but possess no piece of the land, she claimed.

"Also, we should not legitimise people, who act like they are apolitical; almost each of the organisers of the protests is a member of the opposition party at the same time," Matečná added, as quoted by TASR.

The farmers are considering filing a criminal complaint against the agriculture minister.

"We are experiencing a vast anti-campaign," said Magdoško, as quoted by TASR. "But we want to concentrate only on resolving the farmers' problems."