A jewel is hidden in the northern part of the Roháče mountains, near the Slovak-Polish border. 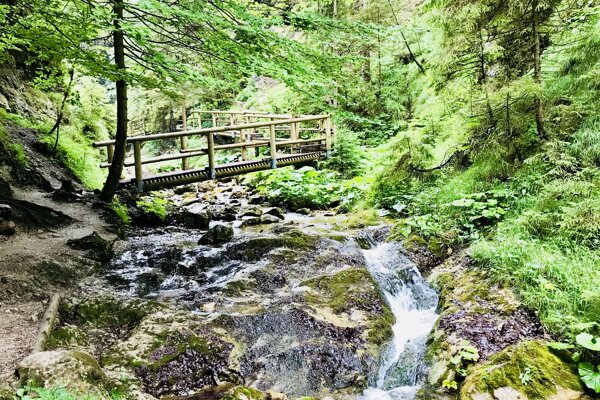 We have never seen the musical Tarzan.

But as we walked down the stairs to the longest gorge in Europe, Samaria on Crete, a feeling was there.

And this feeling was there, too as we walked down the stairs again, in Slovakia, to the smallest Slovak gorge, only 1.5km long, Haluzická gorge.

The same feeling was there while driving through the narrowest gorge in Slovakia, Manínska gorge, only 3.7m wide at its narrowest.

And we had this feeling again in the northern most Slovak gorge, Juraňová gorge, hidden at the foot of the Roháče mountains.

Again and again we found ourselves in Middle-Earth.

In Tolkien’s land of legends.

In a deep primeval forest with a burbling stream at its heart, where we stopped for a while and listened to the bird song echoing all around us.

And behind the trees entangled with lush ferns, we searched in vain for a glimpse of Tarzan as he adored Jane from afar.

Or among the wavelike rocks we raised our eyes along the steep canyon walls, more than several dozen meters above. Amazing.

And Juráňová gorge is one of them.

When we were there, it rained.

In the Stone Age it was not courageous to kill a mammoth and carry it to your cave, but to deal with a tooth-ache without a dentist. 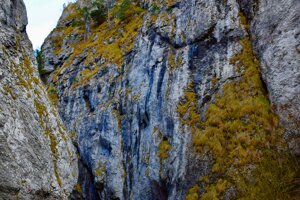 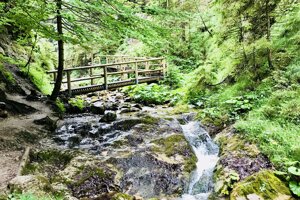 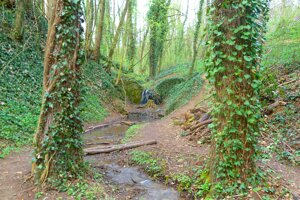 A walk through the gorges (3 photos)

In Antiquity it was not courageous to survive being be killed in the arena by a gladiator, but to speak your mind aloud.

And in the Medieval Age it was not courageous to win a battle, but to drink water from a well and survive.

Nowadays it maybe is courageous to participate in an Iron Man race.

Or to hike and admire the beauty of gorges in the rain. In raincoats.

And to drink Hafirovica, a traditional and natural based liquor containing highland fruit extracts (blueberries), in Juráňová gorge.

And not get drunk.

Because courage reaches for the stars.

Or for majestic rocks.