Largest companies that help search for jobs or employees (2018)

More than just well-known names placed in the list of the 10 largest employment agencies in Slovakia. 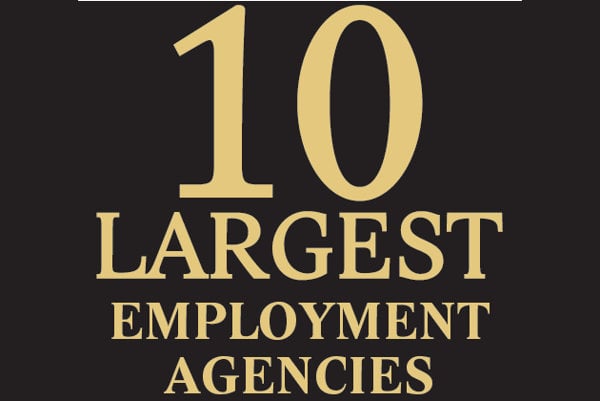 “We have been preparing labour market analyses as part of our annual Career and Employment Guide for 19 years already,” said Ján Pallo, publisher of The Slovak Spectator. “This year, we added several criteria. An overview of the largest players in the market should help companies, as well as individuals, get more information when seeking a job or new colleagues.” The ten largest agencies employed monthly more than 12,375 people (in full time equivalent) and filled 5,229 positions for companies in 2017.

The ranking was created thanks to the cooperation of companies Profesia and FinStat. Seven criteria were evaluated which, among other things, indicate the most profitable companies or agencies along with those that publish the most job offers or report the most placements.

“I am glad that among the seven criteria is the RecruitRank Index, which is the only tool today for companies to measure the satisfaction of jobseekers with the quality of the recruiting process as well as the work of recruiters,” said Ivana Molnárová, head of the job website Profesia. 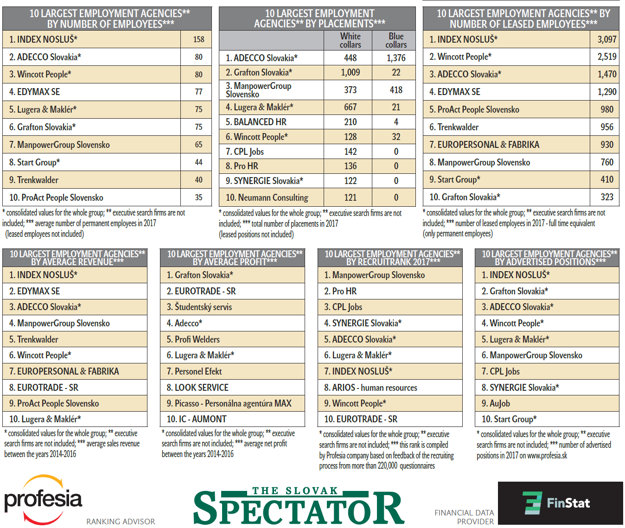 The agencies that decided against publishing their details were not included in the final analysis. However, based on The Slovak Spectator’s calculations, they would not have any significant impact on the top placings.

More details can be found in the Career and Employment Guide 2018 yearbook published by The Slovak Spectator newspaper. It contains the results of the analysis and complete rankings, as well as other interesting information about the labour market.