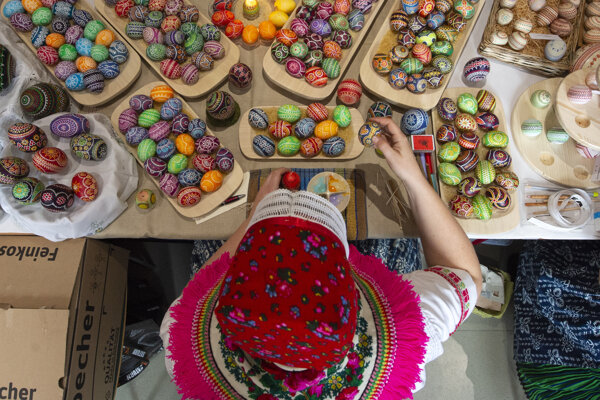 Easter is the most important holiday in the Christian calendar. About 51 percent of Slovaks consider Easter as a religious holiday. One-third of people perceive it also as a feast of spring with many traditions, while almost one-fifth regard it as just a holiday without any special meaning.

This stems from a survey carried out by the Go4insight agency on 1,000 respondents aged between 15 to 79 years old.

Listen to our podcast: 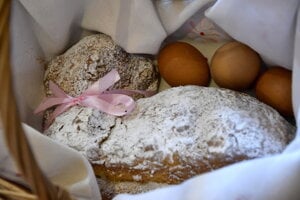 Listen to our podcast:Spectacular Slovakia #31: A true Slovak Easter is not about whipping women Read more

The perception of Easter is different for the various age groups of the respondents. Even though religious views on Easter prevail in all age groups, it becomes dominant for respondents aged 50+, and even more so for those older than 70.

“Younger people and middle-aged people tend to view Easter as a time for folk traditions or holidays,” Rastislav Kočan of the Go4insight agency said, as quoted by the TASR newswire.

Traditions for families with children

When it comes to regional differences, people from eastern Slovakia ascribe religious significance to the Easter holiday the most. 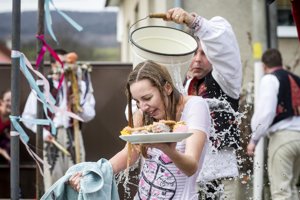 Various traditions are linked with Easter. The majority of respondents, about 70 percent, meet with their family and relatives, while 67 percent decorate their homes with Easter decorations and 66 percent prepare special Easter food and sweets.

About 44 percent of respondents go to church during the Easter holiday, while one-quarter paint Easter eggs, and 14 percent make a whip. These activities apply especially to families with children.

Young women do not like pouring water and whipping

“Pouring water” and “whipping” have a special position among Slovak Easter traditions. Almost two-fifths of respondents follow these traditions, especially people younger than 19 and families with children. 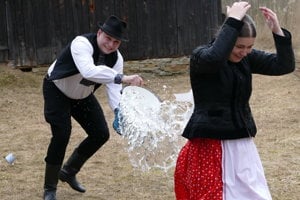 These traditions are perceived positively by 63 percent of Slovaks, mostly by men. However, women also have a positive attitude towards these two traditions, especially in the age group above 30 years, the survey showed.

Half of the girls under 19 are against this tradition. Women aged between 20 to 30 perceived the tradition negatively, TASR reported.

On the other hand, the most positive take on the tradition is among older people, especially from eastern Slovakia. Bratislavans support it less, but there are no significant differences between towns and villages, according to the survey.