Where to head for the Night of Museums and Galleries 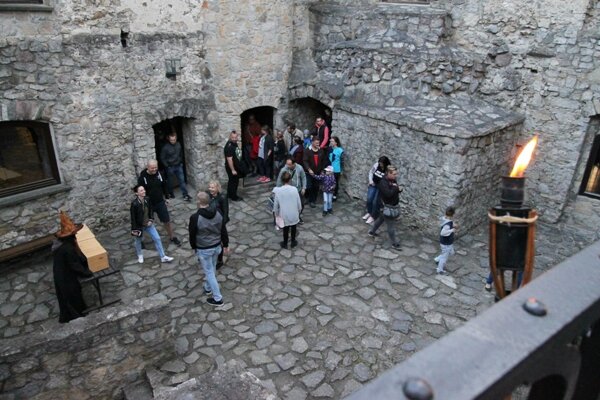 Budatínsky Castle in Žilina will stay open late on May 18 so that visitors could enjoy night tours and observe the night sky. (Source: Považie Museum in Žilina)
Font size:A-|A+81

The third Saturday of May will present museums and galleries open until night again. For the 15th time, Slovakia will hold the the Night of Museums and Galleries, falling on May 18.

Until late evening hours, more than 100 sites across the country will host different events, including workshops, lectures, tours, screenings and coordinated activities.

The Association of Museums in Slovakia (ZMS) and Slovak National Museum (SNM), which organise the nationwide event, will also celebrate the International Museum Day.

During this special night full of history, culture and arts, admission may be free or visitors may be asked to pay a symbolic amount.

All happenings in Bratislava and nearby towns will cost only €3. Visitors will only pay the fee when entering the first museum and gallery.

The Night of Museums and Galleries in Bratislava

A total of 40 museums and galleries will host events in the Bratislava and Bratislava Region. Since all the cultural institutions have worked on this big event together, they issued a joint brochure with all the information.

Public transport will be extended all day and night. For those eager to try a special means of transport, which may cost a little amount of money in some cases, historical cars and a steam locomotive will be riding around the capital.

Here is a list of the best Bratislava events SNM and ZMS have prepared for the public: