The suitcase reveals more than artwork 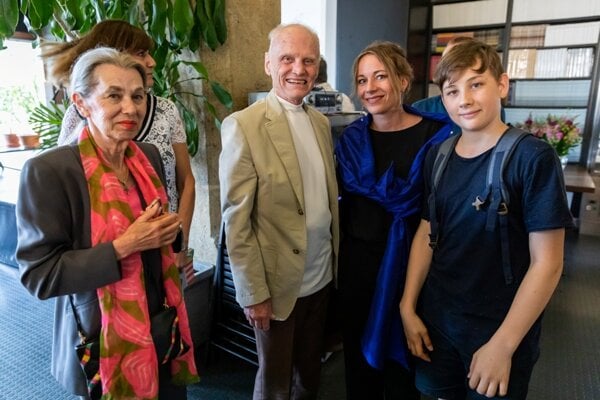 For Katarina Curtis, daughter of Zorka Kahan-Ring, there was no doubt that the suitcase full of artwork by her first great love, the expressionist Arnold Peter Weisz-Kubínčan, belonged to Slovakia. And she is sure that its return would not only please her mother but also Arnold Peter Weisz-Kubínčan himself. Therefore, the opening of the exhibition, at which the Slovak National Gallery presents not only the contents of the suitcase but the suitcase itself and the story behind, was a very emotional experience for her.

The Slovak Spectator spoke with Curtis about her mother's relationship with the artist, the Holocaust, the fate of the suitcase in America and more.

The Slovak Spectator (TSS): What was the relationship between your mother and Weisz-Kubínčan?

Katarina Curtis (KC): He was her first love, that’s why she rescued the suitcase with his art. She first met him when she was very young and he was an adult. There was no relationship between them other than she idealised him – he was a romantic figure, the artist. At the exhibition there is a portrait of an 8 to 10-year-old girl. That’s my mother. 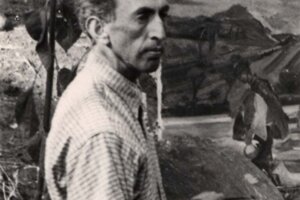 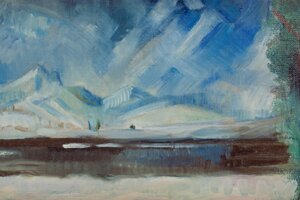 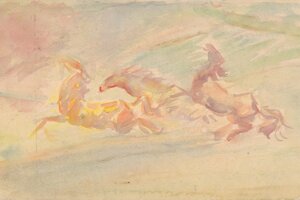 After mother’s father died, she moved, in 1927 or 1928, to Martin to help out here with her sons. In 1942, there was the deportation of Jews, and my mother’s family was all taken but she wasn’t, and Weisz-Kubínčan wasn’t taken either. And it’s at that point, in the midst of war, that they reconnected. They were both adults - she was 32 years old and he was around 44-45 years old; it was a romance. They hid together in the mountains near Martin for two years and then, they were both sent to concentration camps. My mother survived, but he did not.

TSS: Do you have any information on what happened with him?

KC: Once the survivors came back, there were organisations where you signed up so others would know you had returned and could find out where you were. And you would periodically go back and ask for updates. The problem was, at least at that time but as I understand it even today, they don’t know really what happened with Weisz-Kubínčan. The information they got at that time was from different sources, survivors from the camps he was in. Some were saying that he died in the camp, but others said he survived but he was very sick, suffering from typhus or other diseases and that he died shortly after liberation. But then, the third group said they saw him walking east, towards Russia. The point is my mother waited a year and a half. He never returned. He would have at some point, if nothing else, for his art.

TSS: It was your mother who returned for the suitcase, in which Weisz-Kubínčan had hidden his art.

KC: Weisz-Kubínčan put the suitcase under the eaves of a roof of one house in the town of Turčiansky Svätý Martin, and he told her where it was. The first thing she did after she returned to Martin after the war was to look for her family and him, and then she searched for the suitcase. It was there, untouched.