Battling for a sense of pride

Pride wants politicians not to abuse LGBTI rights in their campaigns. Fat chance. 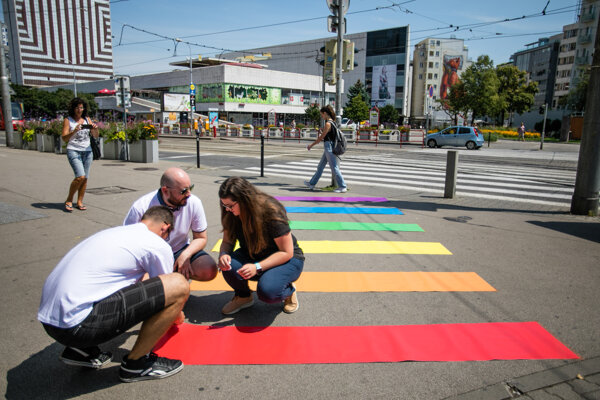 Thousands versus hundreds. It was not just the numbers that generated euphoria among the participants in the Rainbow Pride March in Bratislava on July 20. The LGBTI community and its supporters hailed a record attendance and described a wonderful atmosphere at this year’s Pride in the Slovak capital. If the numbers from the July weekend were a relevant indicator, the message to politicians should be clear: speaking against the rights of LGBTI people will backfire. Unfortunately, this is not the case. 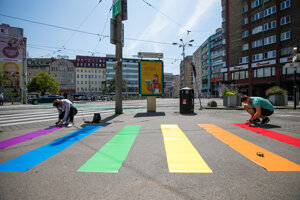 In the middle of summer, with a brand new, multi-colour pedestrian crossing and people dressed in rainbow colours walking the streets of Bratislava’s Old Town, the atmosphere surrounding the debate about same-sex relationships appears less gloomy than it did just a few months ago. During the presidential campaign, the question of registered partnerships and adoption of children by same-sex couples was easily one of the most frequently put to Zuzana Čaputová and her competitors in the race. This was despite the fact that the president has few, if any, powers in this area.

As much as we hate to rain on the rainbow parade, there is no reason to think this is going to be any different once the summer is over, the colours of the zebra crossing inevitably fade and the campaign for next year’s general election begins in earnest.