More than 100 kilograms of waste pulled out of Tatra lakes 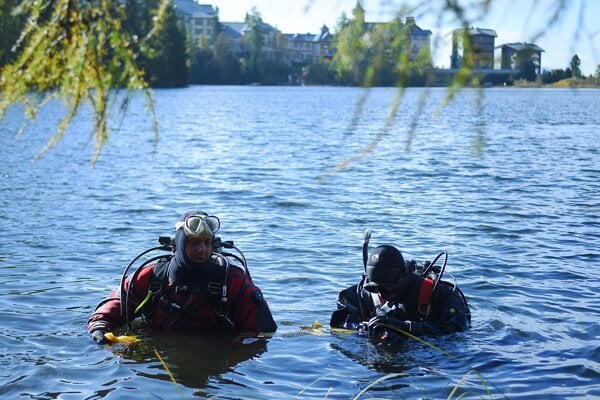 Divers cleared four Tatra lakes of the trash that has gotten under the lake's surface during this summer's tourist season.

They also cleaned the flooded quarry in Poprad Kvetnica during the 26th event Clean Waters. Besides trash, they also found an unexploded grenade, said Martina Petránová of the State Forests of Tatra National Park (ŠL TANAP).

A total of 75 divers dived into Štrbské, Popradské, Velické and Nové Štrbské lake. The biggest interest has traditionally been Štrbské lake, where 45 divers pulled out 68.5 kilos of waste. Plastic cups, glass bottles, along with the remains of a fence used for running trails, iron bars, a wallet with coins and a plastic figure of a diver were found.