Minister Kamenický proposed the draft budget at the last minute. It is too optimistic. 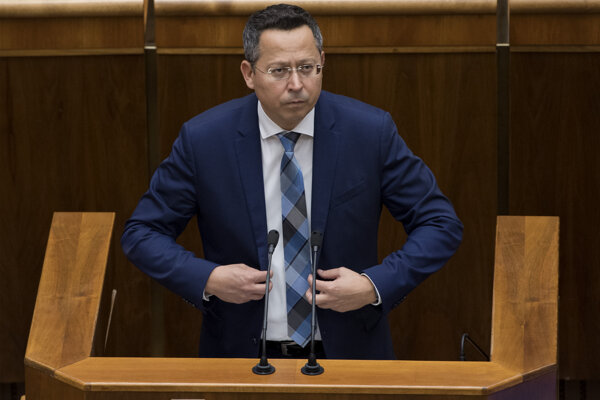 He took his time. The Finance Minister Ladislav Kamenický of Smer took about one month to show the deficit he expected in the state budget this year. Observers estimate that he is being too optimistic.

Things might get even worse for the deficit of public finances next year. The Finance Ministry's proposal for 2020 is again well below their estimates.

Peter Pellegrini's cabinet passed Kamenický's draft budget on the afternoon of October 14. The minister submitted it on Monday morning, at the last moment, since it was to be sent for review to the European Commission on October 15.

"Not just me but also my colleagues from the ministry consider the putting together of this budget one of the most difficult in recent years," Kamenický said. He believes the budget is set at the maximum limit allowed by the law. "I dare say that we are balanced on the edge."

Originally, this year's budget was to end with a zero deficit and somewhat plus in the next year. The Finance Ministry reckoned with such a development last year, when it was led by Peter Kažimír, who now serves as the governor of the National Bank of Slovakia.

Kamenický's ministry in the end is counting with the deficit of public finances at 0.68 percent of GDP, which is minus €640 million. Next year, the deficit is projected to be at just 0.49 percent, namely €480 million.