It should be possible to renew the extinct picture gallery and museum of the last owners of the Forgách house at the castle. 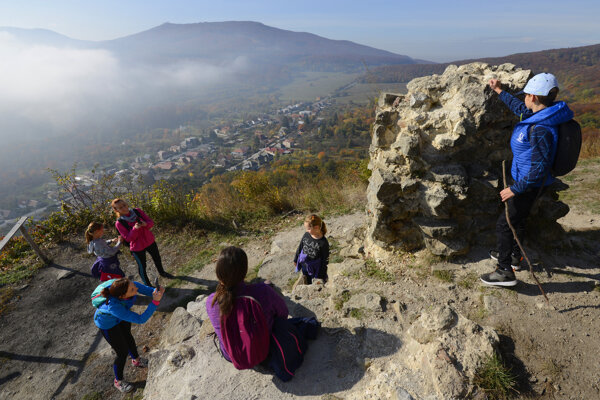 A project to protect the interior features and wooden structures of the Forgách house at Slane castle near Košice, has been successfully completed.

“We have been working for several years to preserve the castle and make it thrive so it would be as attractive as possible for visitors,” said Eduard Gajdoš, director of the civic association Save Castle Slanec.

He added that in order to protect the interior, they renewed doors and window panes and are that much closer to making the castle tower accessible to the public. 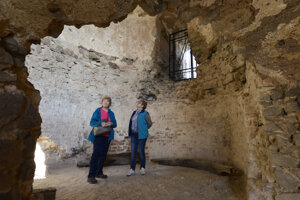 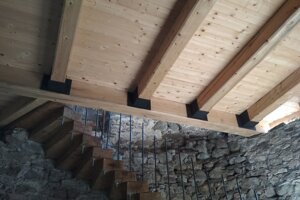 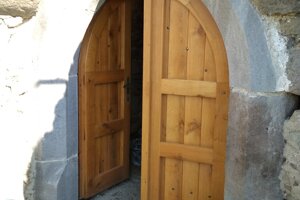 After patching up the holes, it should be possible to renew the extinct picture gallery and museum installed by the last owners of the Forgách house.

The ruins of Slanec castle, towering above Slanec village, date from the 13th century and have been designated a national cultural monument. The alarming condition of this historical building motivated enthusiasts to begin work on the exhaustive renovation.

In order to transport construction material they had to make the path more accessible and install a forest cable-car system. They have been also working on preserving the castle tower.

To develop tourism in Košice region, it is important to make the lesser known castles accessible, opined chairman of the Košice self-governing region Rastislav Trnka.

“Castle Slanec has great potential to attract more tourists,” he said, adding that the interior should be made accessible, too.