Slovakia is not the best country for women 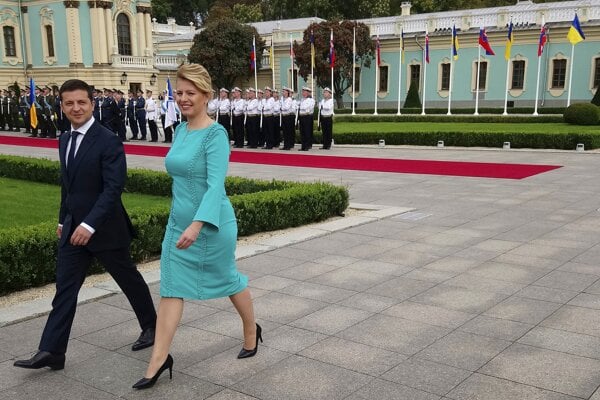 Slovak President Zuzana Čaputová is the first woman to have been sworn into the presidential office in June 2019. Slovakia lacks women in politics, the latest Women, Peace, and Security Index has found (Source: TASR)
Font size:A-|A+197

Slovakia is walking on the right path when it comes to women’s empowerment. But the country still lags, even behind its closest neighbours.

This year's Women, Peace, and Security (WPS) Index placed Slovakia in 35th place. Despite observed improvements, the country continues to lag behind its neighbours except for Hungary and Ukraine.

The ranking, put together by the Peace Research Institute Oslo (PRIO) and Georgetown University's Institute for Women, Peace, and Security, measures women's well-being in 167 countries.

Slovakia has progressed in a number of indicators in two years, including women’s cell phone use, women’s years of schooling and violence by a current intimate partner.

When it comes to women’s employment, Slovakia recorded 52.6 percent. Kazakhstan with 65.9 percent performed best in the regional group, however.

Slovakia did not perform well regarding women’s political participation, either. Only 20 percent of seats in the parliament are occupied by women in Slovakia, the report reads. Serbia with 37.7 percent exceeded other countries in Central and Eastern Europe.

The discriminatory norms indicator, in which Slovakia again recorded 26 percent, captures discrimination against women in economic opportunities. Estonia performed best in the region with a score of 2 percent.

Estonia the best in Central and Eastern Europe

The index, published for the first time two years ago, studies social, economic, and political inclusion, as well as formal laws and informal discrimination. Besides, it looks into security at the family, community, and societal levels.

Researchers found uneven performance across and within regions. For instance, Estonia came 12th and Azerbaijan ranked 123rd in Central and Eastern Europe and Central Asia. Slovakia falls into this region, as well.

Norway on the top, Yemen at the bottom

Iceland is the only country that performs well in all 11 indicators. However, the trends are going the right way in other countries, too.

Nearly 60 countries made significant progress in the last two years, and only one country, Yemen, recorded serious deterioration. While Yemen recorded a score of .351, Norway scored .904. The closer to 1 a score gets, the better performance a country witnesses. 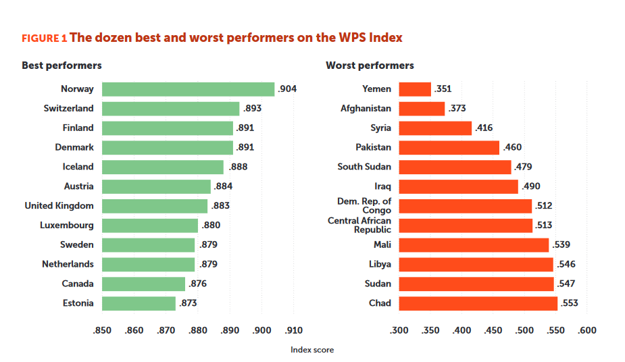 It is, in fact, the countries affected by conflicts where women’s autonomy and empowerment are fragile despite signs of progress in dimensions other than security.

Conversely, Norway, which tops the ranking, is followed by Switzerland, Finland, Denmark, and Iceland.

The index will be updated in 2021 again.

Thank you for singing up. Shortly an email will be sent to the address you provided to verify your e-mail.
Error! Please try to register again later, your e-mail was not registered.
Your email is not in a correct format.
Please confirm you are not a robot.
Share on Facebook (197)Comments disabled