The period manufactory has been opened to show to visitors popular sweets. 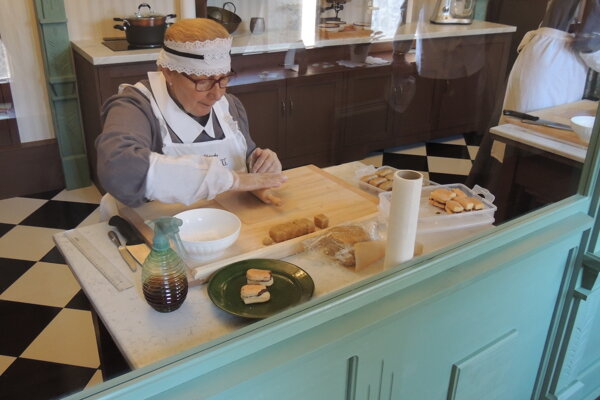 Have you ever tried “krumpeľ” from Kremnica? An original confectionary production where visitors can see preparation of traditional local sweets has opened in Kremnica.

The Kremnica “krumpeľ”, ladyfingers filled with cream and wrapped in nut dough, recalls a potato with its colour and shape. In the Kremnica dialect, a potato is called “krumpeľ” and that is also the name of the sweets whose production can be seen in Kremnica.

The manufacturing plant furnished like in the past will transport visitors back in time and show them the era when the confectioner Alois Atkáry lived and worked in Kremnica. 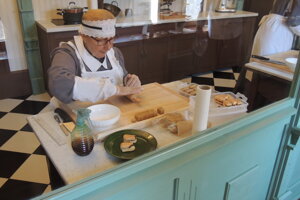 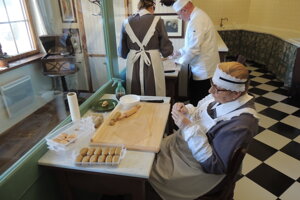 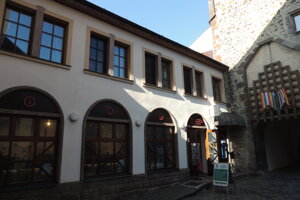 Sweet "potatoes" made in Kremnica (5 photos)

Atkáry’s family came to Kremnica on May 1, 1900. It was an old confectionery family, originating in Vršac in Serbia and starting the confectionary there.

“With the help of friends, we found documents, applications from time around 1911, when Atkáry bought in a house Kremnica and made a confectionary out of it,” said businessman and man behind the idea, Martin Varhaňovský, as quoted by the TASR newswire.

With the letter A

He is behind the idea of once again offering sweets to locals from Kremnica as well as tourists, showing them how it was made.

There is a small manufactory plant inspired by old times when the family worked in town. The place is furnished in the art deco style, with the sound of music from the 20th century. Visitors can see how confectioners in period clothing create the krumpeľ.

Every sweet is decorated with the letter A, according to the name of its creators.