Šebesta: Others will use the results of our work in the future

Radovan Šebesta is a top-level scientist who decided to return home to Slovakia against the odds. 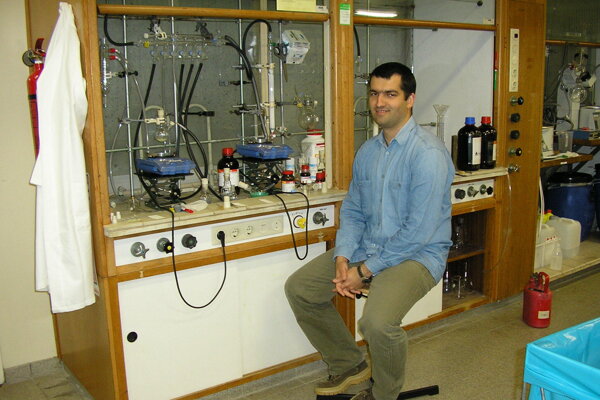 Even my Nobel-Prize-winning professor does not have any of his discoveries and inventions materialised in commercial products yet, said Slovak scientist Radovan Šebesta when asked when his research findings will be applied in practice. “What we do is basic research, while it will be somebody else who will use its results in the future, and this may not even be during my lifetime.”

The Slovak Spectator spoke to Šebesta, a professor of organic chemistry at the Faculty of Natural Sciences at Comenius University in Bratislava, about his post-doc studies with Professor Ben Feringa, who recently received the Nobel Prize, science and why he returned to Slovakia.

The Slovak Spectator (TSS): Why did you choose organic chemistry as the focus of your career?

Radovan Šebesta (RŠ): The first inspiration was probably my father, who studied food technology at the Faculty of Chemical and Food Technology in Bratislava, but I had wanted to be a chemist since my childhood, even before I actually knew what it involved. Originally, I wanted to be a biochemist and only gradually did I realise during my university studies that I’m more interested in the molecular level of things. So, I moved to organic chemistry.

TSS: Your foreign experiences include working on the team of Nobelist Ben Feringa. How did that happen?

RŠ: After my stay at ETH Zürich with Professor Dieter Seebach, where I worked as a post-doctoral co-worker between 2002 and 2004, I wanted to try another foreign university. I wrote and sent 10 applications, and received three positive answers. One of them was very interesting. It was from Professor Feringa of Groningen University, who was a respected scientific authority at that time, and I liked the science he was doing. So, I went to Groningen.

TSS: Did you choose the topic you wanted to focus on before your arrival to Groningen?

RŠ: The first day I arrived, Professor Feringa gave me two options: asymmetric catalysis or molecular machines. I chose catalysis, for which he did not receive the Nobel Prize [Feringa, together with J. Fraser Stoddart and Jean-Pierre Sauvage, was awarded the 2016 Nobel Prize in Chemistry for the design and synthesis of molecular machines – ed. note], but this was what interested me more.

TSS: What were the results of your stay at Groningen University?

RŠ: The concrete results were classical academic – two publications about the topic on which I was working on there, i.e. copper-based organometallic chemistry. One was published in Advanced Synthesis and Catalysis and the second in Chemical Communications.

The other benefits I gained there were experiences. In the academic sphere, but also when you want to work for a respected company, you are expected to spend some time after getting a PhD degree abroad to gain experiences and see how things work somewhere else. Now, when I lead a group of students, I realise that I mimic some things I saw and learned there.

TSS: Why did you return to Slovakia after your studies in Zurich and Groningen? Were you tempted to stay abroad, where you would certainly have better conditions for scientific work?

RŠ: This is a difficult question that I, during some weak moments, sometimes ask myself. I returned because I thought, and still think, that here I can be more helpful and make a bigger contribution to society than in Germany, for example. Sometimes, when I’m frustrated by conditions of science in Slovakia, I say to myself that maybe I’d be better off and would have better opportunities somewhere else, but I don’t regret that I returned.

TSS: What topics and projects are you working on now?

RŠ: They can be covered by the term asymmetric catalysis. This is a type of catalysis in which a catalyst controls in which geometrical form a compound is created. This is very important because some compounds can have two geometrical, mirror forms with different characteristics. A trivial example of such a chiral compound are the flavours of mint and caraway. Both are the same chemical compound, but in a mirror formation.

The problem is that human bodies interact with some of the chiral compounds differently, which is why about two thirds of medicaments must be in one given geometric form. When they are in the wrong one, they can be either ineffective, which is a better case, or they can even have very bad effects. 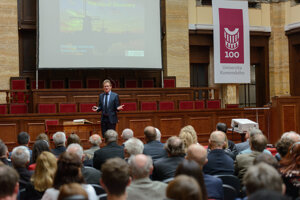 People realised that the form in which a given medicament is produced was a problem during the thalidomide scandal. This drug was used to treat nausea and to alleviate morning sickness in pregnant women. But, to put it simply, when this drug was in the wrong geometrical form, it caused deformations of the unborn children.

This was an impulse, albeit a drastic one when more than 10,000 children were born with deformities, to introduce tougher rules for the testing and licensing of drugs and for the scientific community to look more closely at this phenomenon and how to “order” a compound to be in the proper geometric form. 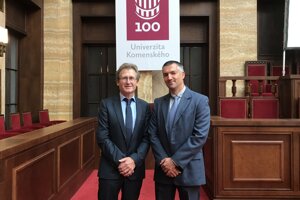 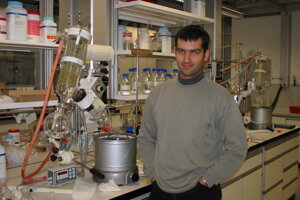 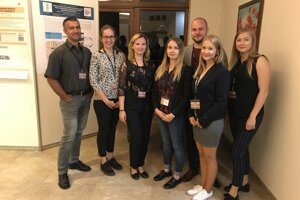 This is where the asymmetric catalysis is used: the chiral catalyst is a chemical compound, which, when you add it, ensures that the final chemical compound is in the proper geometrical form.

TSS: When will the results of your research be used in real life?