Marian Milec explains why he decided to teach Slovaks to eat plant-based food. 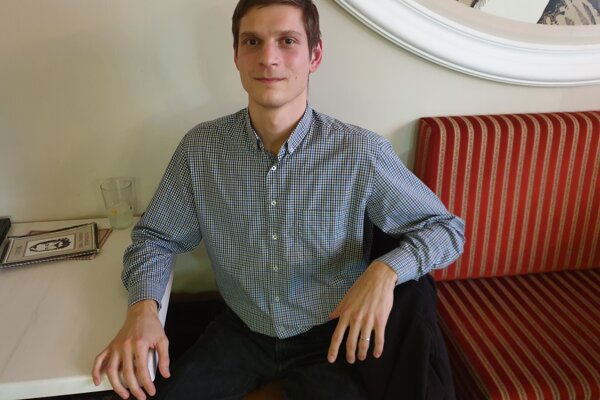 Breakfast, lunch and dinner. Rastlinná Výzva or the Plant Challenge offers a set of recipes for a monthly menu. Dishes vary – some can find couscous recipes, salads and baked yeast dumpling but also spaghetti Bolognese and vegan bryndzové halušky.

The Slovak Spectator talked with program coordinator Marian Milec, 29, about the challenges linked with changing eating habits toward plant-based food and how eating out looks like in Slovakia's restaurants.

The Slovak Spectator: Are you a vegan?

MM: It is very similar, but when someone says he or she is a vegan it comes with various meanings in my experience. Every person has their own interpretation and my version means that I eat plant-based food because I help the environment with this.

TSS: Does the word ‘vegan’ have a negative connotation in Slovakia?

MM: I think these people are not in the majority, but some would still say that it is some kind of ideology and they do not understand the reasons behind it.

TSS: Was the environment and the planet the main reason why you have decided to eat only plant-based food?

MM: There were several reasons. My diet was very classic my whole life, so I ate everything – meat, milk, eggs. Wiener schnitzel used to be my favourite meal. But about seven years ago, I found an online lecture, where it said how animal production impacts various fields, the environment among them. I think many people do not know about it, I was also one of them who did not know. I was so shocked and I decided I don’t want to support it.

I had an inner conflict. I didn’t want to support anything that destroys our planet or contributes to global warming, but as I used to eat ordinary food my whole life I did not know what to eat and what to cook. So I learnt slowly, browsing the internet for some tips and recipes.

This is the advantage of Plant Challenge, that we help people who are going through a similar development as I did. To make the transformation as easy as possible. It is the crash course I needed at that time. I would spare myself from many weirdly-cooked dishes.

TSS: Were you able to perform the change from one day to another or did you take it gradually?

MM: In my case, it was a really sharp change. However, there were two things: at that time, I was living in dormitories and I had a jar of Nutella opened. I was eating it very rarely but I decided not to throw it away, so I finished it. And I also told myself that I would allow myself to eat at least fish, but it was not necessary, I did not really feel the need to eat it.

TSS: What about special occasions like Christmas, for example, when you have a set menu of what you will eat and it is clearly not vegan? Did you resist?