All the things that were left overdue

Last week brought a resignation and a half-hearted opposition deal. 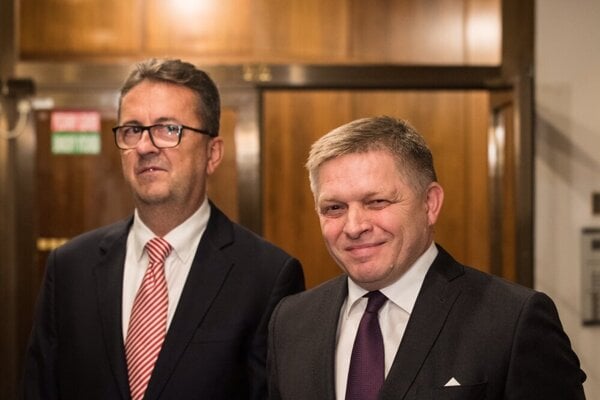 It is not much of a loss to speak of, particularly just a few months before the parliamentary election, but Slovakia lost a deputy parliament’s speaker last week. Martin Glváč apparently assessed that society was ready to handle some trauma, and announced he was stepping down.

His decision was immediately preceded, among other things, by a one-on-one meeting with coalition partner Béla Bugár, who had been saying in the pre-trauma days that his party’s MPs weren’t necessarily going to support his fellow deputy parliament’s speaker in an opposition-organised no-confidence vote. It should also be noted that Glváč, who with some exaggeration could be called the Donald Trump of Facebook in Slovakia, broke the news to the now-traumatised Slovak public in a status on this social network.

As Smer politicians do, Glváč’s resignation came with a dose of self-pity (“dirty election campaign”), sacrifice (“common sense must come before personal interests”), and whataboutism, when he called on several opposition leaders and Bugár to step down due to their contacts with Kočner, too.