How I ran for Mária Rozmaňová who was killed on the border in 1952. 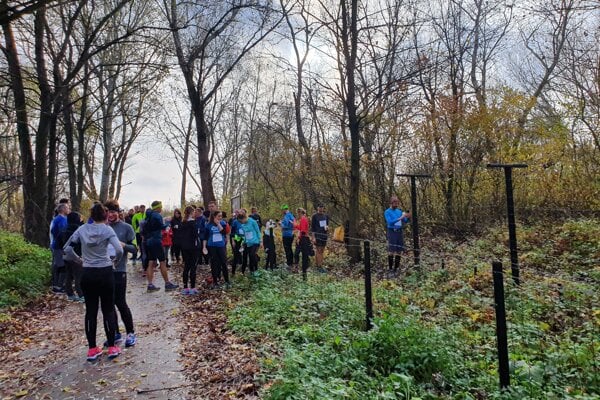 About 50 people ran on November 17 to commemorate the 42 people who were killed at the Iron Curtain between former Czechoslovakia and Austria in their attempts to flee the Czechoslovak Socialist Republic in 1948-1989. (Source: Jana Liptáková)
Font size:A-|A+  Comments disabled

I regularly go to the gym, go cycling, swimming and hiking. But running is not my cup of tea. I have not run, except to catch a tram or bus, since my school years. Yet recently, I enrolled for an almost 10-km run.

I decided to run to commemorate the 42 people who were killed at the Iron Curtain between former Czechoslovakia and Austria during their attempts to flee the Czechoslovak Socialist Republic in 1948-1989.

Keen runner Milan Čupka, who likes running along the former Iron Curtain near Lafranconi Bridge on the Petržalka side of the Danube, organised the Freedom of Movement event. Three decades ago, only border guards walked the narrow road, in some spots just a metre or two from the border. Today, people can freely cross and walk into the neighbouring Austrian fields.