Security analyst Jaroslav Naď provoked the investigation with questions about Russian spies at the embassy. 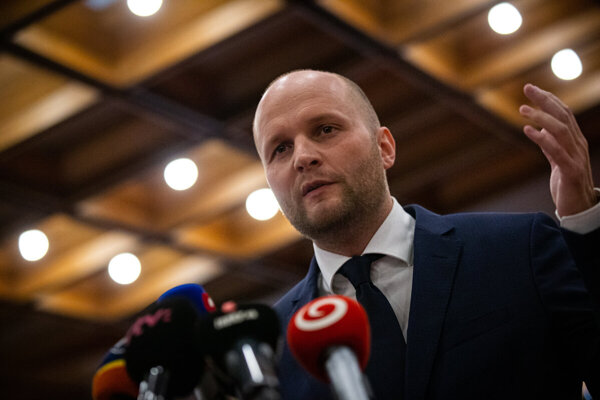 The police have launched not one, but two proceedings against security analyst Jaroslav Naď, who joined the Ordinary People and Independent Personalities (OĽaNO) last year. Under one of them, launched on November 19, he is being prosecuted for endangering classified information.

After Naď testified at the National Criminal Agency (NAKA) on November 21, it has become clear who submitted the motion. The criminal complaint was submitted by head of Military Intelligence, Ján Balciar, who has himself been under investigation by the police for several weeks now.

Military intelligence agents had been wiretapping and following Naď for about a year due to a suspicion that the analyst had been trying to infiltrate Defence Ministry structures, where he used to work in top posts.

The results of the investigation are questionable, said Naď’s lawyer Daniel Lipšic.