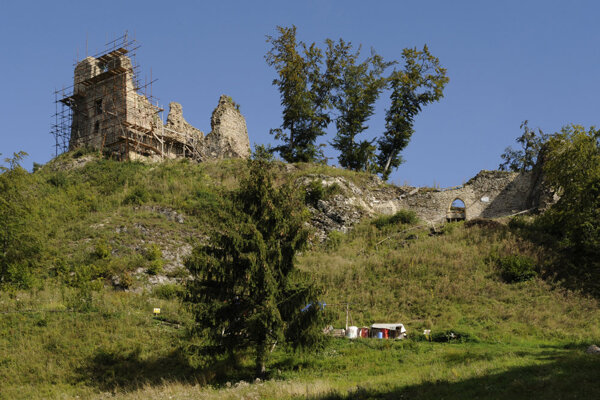 The ruin of Hanigovský Castle, known also as New Castle, is located at an altitude of 770 metres above sea level in the Čergov Mountains, regional daily Prešov Korzár reported. It is the fifth-highest castle in Slovakia.

Hanigovský Castle is located above the village of Hanigovce. Its origin dates back to 1411, first mentioned in historic documents under the name Castrum Wywar. A fire destroyed the castle in the middle of the 16th century and it was not rebuilt.

The Novum Castrum civic association has been trying to rebuild it since 2010. A former Gothic portal was found during archaeological research this past year, once again installed in the castle walls.